Who wants what in Sudan? 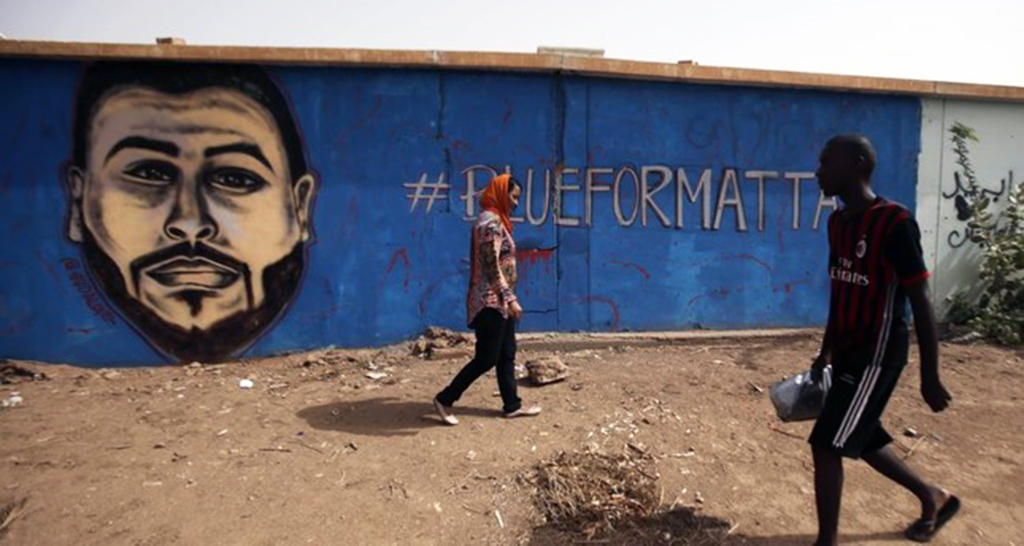 Sudanese artist Asil Diab (L), walks in front of a mural painting of Mohamed Mattar, on the wall of a youth club in Bahri in Khartoum, July 21. Mattar was among dozens killed in the June 3 raid on a protest camp outside the military headquarters.

The political and economic deadlock and protests that have been going on for the last eight months in Sudan demonstrate that the country suffers from a typical postcolonial illness, experienced by almost every other African nation.

First, Sudan could not build an all-inclusive national identity. After its independence as an Arab and an African country, Sudan was divided between a Muslim north and an animist, Christian south. President Omar al-Bashir represented the north, while all but ignoring the central and southern parts of his country. The failure to establish a national identity ended up with the division of the country in 2011 when South Sudan declared independence. After decades of civil war, South Sudan took away almost 80% of Sudan’s oil resources. Secondly, the state system lacked institutionalization, being unable to maintain the colonial system.

Thirdly, even though Sudan has great potential, there was no political will for mobilizing human and material resources. With the independence of South Sudan, Sudan lost most of its natural resources and faced enduring economic hardships. Then the government could not manage the ethnic, cultural, religious and political diversity. The state institutions did not create harmony between tribes, the number of which exceeds 450. The state registers the tribal affiliation of all citizens, and since it is taken into consideration for state services, it became an instrument of prejudice and discrimination.

Lastly, Sudan has been largely dependent on regional and global powers. External actors, such as Egypt, the United Arab Emirates (UAE) and Saudi Arabia prefer the continuation of internal chaos, which ensures the maintenance of economic and political dependency. As a result of these factors, Sudan has remained weak, dependent and vulnerable to domestic actors and foreign interventions.

Economic collapse, financial constraints, foreign debts, violation of human rights, ethnic and religious strife, and tribal conflicts led Sudan further into turmoil and eventually the collapse of the state system. People took to the streets demanding the end of racist, tribal, ideological, regional discrimination and the establishment of a democratic administration based on common citizenship.

After the eruption of large-scale protests, which ended up with the ousting Omar al-Bashir from power on April 11, 2019, the Transitional Military Council took control of the government, but it could not stabilize political life in the country. While the army and the intelligence services try to maintain order, Janjavids and civil people are asking for political change and a civilian government. The people could not overthrow the al-Bashir regime without the support of Janjavids and their leader Hemeti. As a tactical move, the Janjavids have backed the people and have changed the government but have at the same time hijacked the revolution of the people.

Since the official Sudanese army was and is very weak, the real power remained in the hands of the Janjavid militias, which are supported not only by a few Gulf States but by some EU countries as well. After the fall of al-Bashir, Janjavid militias led by General Mohamed Hamdan Dagalo, who is widely known as Hemeti, began to rule the country.

The Janjavids are a paramilitary group, which is held responsible for the mass killings in Darfur. Hemeti, who is largely under the control of the UAE, Saudi Arabia and Egypt, is their leader. The real actor behind the protests, Hemeti is also known as a warlord commnading 14,000 militiamen in Yemen and Libya fighting for the Emiratis, Egypt and Saudi Arabia.

Nowadays, during the second phase of the protests, the Janjavids and Hemeti have been carrying out brutal crackdowns on protesters demanding democracy. The protesters and the Transitional Military Council signed a power-sharing agreement aimed at forming joint transitional civilian-military rule, which would install civilian rule in the end. However, because of links with regional actors, it will be difficult for Sudan to form any kind of civilian rule in the near future. In this context, the Gulf States can exploit Sudanese politics to provide foot soldiers for their own regional power projections.

The UAE has been exploiting the internal strife not only in Sudanese politics but also in other regional crises. For instance, according to many observers, the UAE sends Sudanese militias and fighters to Libya in its support for commander Khalifa Haftar in his fight against the legitimate government in Tripoli. It is expected that more than 4,000 fighters will be sent to Libya in the next several months. Similar to the Libyan case, even though there is an official legitimate government, most regional and global powers, including the U.S. and many EU countries are insisting on a close dialogue with illegitimate actors such as Hemeti in Sudan and Haftar in Libya.