The Polio and “Non-Polio” Shell Game in Africa and the U.S.—2020 Update 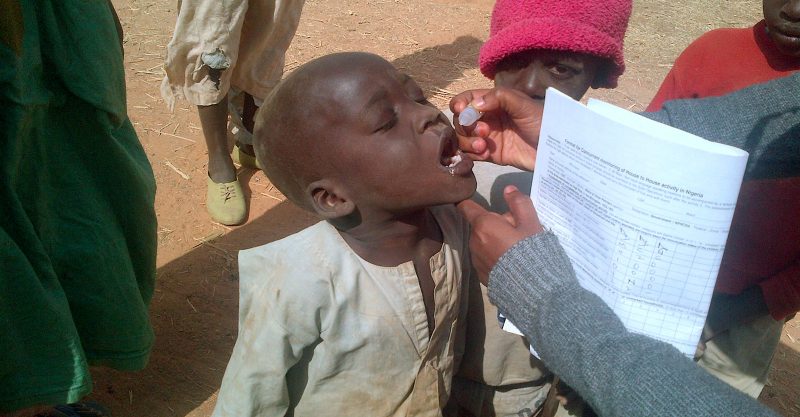 By the Children’s Health Defense Team

In early September, one week after definitively pronouncing the African continent polio-free, the World Health Organization (WHO) had to eat crow. With no wild polio cases reported in Africa since 2016, the WHO admitted that the oral polio vaccines that its top sponsor, Bill Gates, so generously finances and so avidly promotes are giving African children polio. In addition to officially acknowledged vaccine-derived polio cases, which increased substantially from 2018 to 2019, the African region also annually reports tens of thousands of cases—over 31,500 from just 18 countries in 2017—of acute flaccid paralysis (AFP), a debilitating condition with a clinical picture virtually identical to polio. Many other countries—ranging from India to Italy—also record significant numbers of AFP cases.

In the U.S., childhood paralysis may not be documented on the same scale as in Africa or India, but it has attracted notice in high places. In early August, Senator and one-time presidential candidate Amy Klobuchar sent a letter to CDC director Robert Redfield raising concerns about an expected fall outbreak of acute flaccid myelitis (AFM), a subtype of AFP that, again, produces polio-like symptoms: muscle weakness, paralysis, pain, trouble swallowing and, in the most severe cases, acute respiratory failure. The CDC only began tracking and studying AFM when cases inexplicably surged in 2014; since then, it has documented an odd biennial pattern of peaks and lulls, but also a steady upward trend in cases. So far this year, up to 65 U.S. children have surfaced with confirmed or suspected AFM. Since 2014, a total of 638 cases have been confirmed across America, with a 98% hospitalization rate.

In countries that use the oral polio vaccine, the CDC has no problem acknowledging that AFP is associated with vaccine-derived poliovirus. In the U.S., however, the use of another type of polio vaccine has allowed officials to frame the story very differently. In fact, AFM is almost universally painted as random and “mysterious.”

The CDC has assiduously avoided mentioning one iatrogenic (medically induced) cause that is staring the agency in the face: 70 years of published studies along with manufacturers’ package inserts documenting a trail of polio-like symptoms (ranging from myelitis, numbness, pain and limb paralysis) following vaccination. Among the mechanisms that could explain this phenomenon are the aluminum adjuvants in vaccines; studies in animals show that aluminum-containing vaccines contribute to neuropathological changes that include neurodegeneration of the gray matter of the spinal cord and hindlimb paralysis.

In discussing AFP, African researchers have been somewhat less cagey than CDC researchers, identifying at least two proximal and primarily iatrogenic causes: injection injuries and Guillain-Barré syndrome (GBS). A rural Ugandan study published in 2018, for example, found that two conditions commonly seen throughout Uganda—post-injection paralysis (PIP) and a form of tissue fibrosis called gluteal fibrosis (GF)—together accounted for, over a three-year period, over 30% of clinic visits specifically for musculoskeletal conditions and an astounding 40% of outreach visits “for any medical complaint.” Declining to mention that Ugandan children are expected to be vaccinated five times before their first birthday, the Ugandan researchers nevertheless noted that PIP tends to cluster in very young children (ages 0-3). In the case of GF (which displays increased odds with “increasing frequency of injections”), they observed a peak in 8- to 11-year-olds, severe enough to limit the children’s school attendance and ability to perform “activities of daily living.” Other researchers have matter-of-factly described tissue fibrosis as a “known complication of intramuscular injections . . . especially seen in children due to vaccinations and injections.”

A study of pediatric AFP in South Africa (also published in 2018) concluded that GBS—a condition typified by muscle weakness and paralysis—was AFP’s predominant cause, accounting for 83% of cases, producing “significant morbidity” and, in two cases, resulting in death. In fact, researchers credit GBS with being the most common cause of AFP worldwide. Again, one does not have to travel very far down the causal chain to come up with a plausible GBS trigger; twenty-one different package inserts for vaccines on the U.S. market list GBS as an adverse event. The U.S. experience with the 1976 swine flu vaccine and a decades-old evidence base also point in this direction.

Reflecting the current Covid-19 zeitgeist—which has decreed that the “wily virus” is the biggest threat to humankind ever faced—the CDC is putting forth a viral etiology for AFM while steering clear of explanations that might implicate vaccination. Although, in the majority of AFM patients, “no pathogen (germ) has been detected in spinal fluid to confirm a cause,” the agency is converging on a possibly mutated version of a common-cold enterovirus called EV-D68 as its principal suspect; at the same time (without explaining why benign viruses suddenly go rogue), it is hedging its bets by stating that other common viruses could also be responsible for some AFM cases.

In interviews with parents of children suffering from AFM, who admit to being “desperate for some magical thing” to help their children, the stage is being set for—what else?—a vaccine “solution.” Even though EV-D68’s involvement in AFM/AFP is hypothetical rather than proven, the all-too-predictable corollary of the CDC’s viral fixation is the entry of yet another vaccine into the pipeline—a scenario explicitly mentioned by Senator Klobuchar in her letter to Director Redfield. The National Institute of Allergy and Infectious Diseases (NIAID) headed up by Anthony Fauci has just entered into a “co-development contract,” worth $9.4 million, with Dutch company Intravacc to come up with a prophylactic vaccine against EV-D68. Never ones to question whether the vaccine model actually works, the CDC and WHO are likewise preaching a doubling-down of vaccination in the countries suffering the scourge of vaccine-induced polio. Given that the Global Polio Eradication Initiative documented almost half a million cases of AFP in children age 14 and under between 2013 and 2018, it seems like time to admit that the model is not only broken but counterproductive.

Share
Facebook
Twitter
WhatsApp
Linkedin
Email
Previous articleRhodesia and Zimbabwe; the end of colonialism in Africa
Next articleHe was dressed in prison clothes … the trial of “Al-Bashir” in the 1989 coup case was postponed