Has India become a Police State? 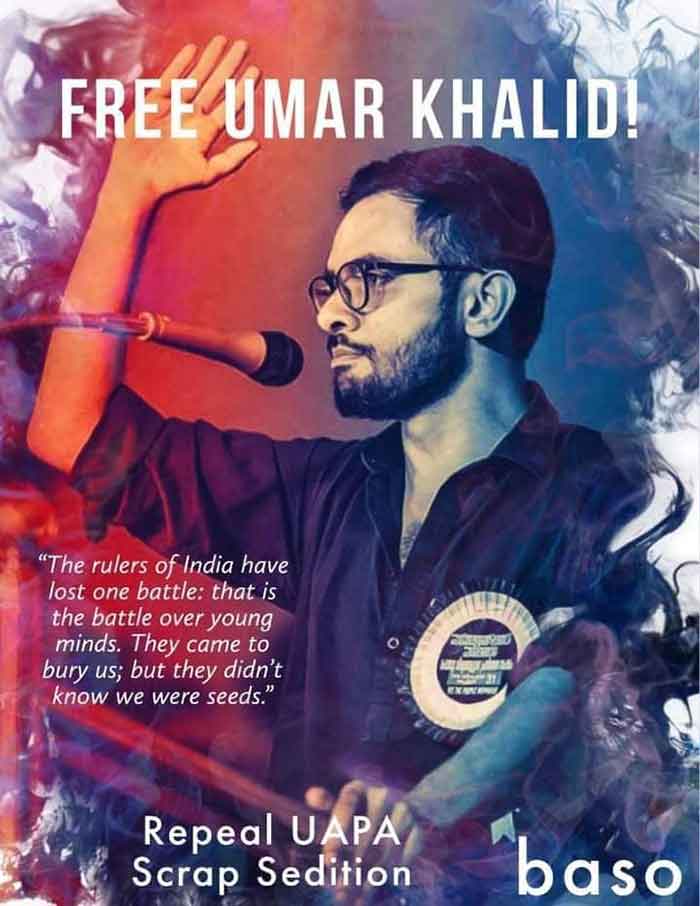 The authors, Steven Levitsky and Daniel Zibalatt, in their famous book titled “How Democracies Die: What History Reveals about Future” have said that “Democracies can die with a coup d’etat- or they can die slowly. This happens most deceptively in piecemeal fashion, with the election of an authoritarian leader, the abuse of governmental power and the complete repression of opposition. All these steps are being taken around the world- not least with the election of Donald Trump- and we must understand how we can stop it.”

Now if we look at our own country it appears to be equally true. Are not all the phenomenon described by the above authors taking place in India? Apart from election of Modi as an authoritarian leader and complete repression of opposition, the abuse of governmental power is so obvious. Among the governmental powers police is the most powerful instrument in the hands of any government. In fact it is said to be the power arm of the state. In general, police is said to be an instrument to maintain law and order, prevent crime, investigate crime and protect people in the exercise of their rights. But it is a universal truth that often police is used as an instrument by the state to suppress the opposition and the citizens who are not in agreement with policies and actions of the government. As such the government tends to give more and more powers to the police. Hence, by and by, the democratic set up turns into an authoritarian set up maintained with its power arm i.e. the police. By and by the other institutions of the state are also transformed into an authoritarian mode. Finally the democratic state becomes a police state.

Now if we look at our country we find that since the ascendancy of BJP under Modi to state power in 2014, the state has been becoming more and more authoritarian. The police in every BJP ruled state has been given more and more powers and a free hand to deal harshly not only with criminals or law breakers but also with dissenters and political opponents. The draconian laws like UAPA and NSA are being misused along with normal penal provisions. The result is that a very large number of intellectuals, writers, and social activists and human rights defenders have been booked under UAPA and NSA. Bheema Koregaon case is a dreadful example of it.

Gujrat and Uttar Pradesh are the states where police suppression is the worst. In Uttar Pradesh Yogi has given a free hand to the police to carry out “Operation Thok Do” i.e. bump off the criminals operation. The state has carried out more than 5000 encounters in which more than 100 persons have been killed and a very large number have been shot in leg or feet. Of course the maximum number of killed and injured are Muslims followed by Dalits and most backward class people. Gujrat model of encounters carried out  as a state policy is being faithfully followed, even sometimes surpassed, in Uttar Pradesh. A very large number of persons have been detained under NSA. The number might surpass detentions during emergency. Here also the proportion of Muslims and Dalits is the same as in encounters.

At present we are facing the Corona crisis. The people are dieing not only due to Covid 19 infection but they are faced with suppression by the state in the name of controlling the pandemic. As we know there has been in place a law known as “The Epidemic Diseases Act, 1897 which has been used so far during various epidemics. This Act had only 4 sections. For violation of the government orders issued under this Act, Sec 3 provided for a maximum punishment of one moth’s jail and a fine of Rs. 200. But in March Modi govt. has amended it to provide  a maximum punishment of imprisonment from 3 months to 5 years and a fine of Rs. 50,000 to 2 lacs  for causing simple injury and an imprisonment from 6 months to 7 years and a fine of Rs. 1 lac to 5 lacs for causing grievous hurt to Corona Warriors. In addition to it there is a provision for recovery of damages to the property at the double cost of loss.  From this you can see that the British and previous governments could tackle the epidemic with a threat of a very minor punishment but Modi government has enhanced it to a very harsh punishment. It aims at terrorising the common man.

Modi has been often saying that we should convert crisis into opportunity. But instead of using it to enhance measures for fighting the Corona epidemic, his government has used it to terrorise the public. The scenes of migrant workers being punished by police are the glaring example of state terror and inhumanity towards the miserable citizens. Similarly the arrests of CAA/NRC protesters in Uttar Pradesh in December, 2019 in thousands, killing 21 persons but denying the same can give an idea as to how police power has been used to crush the voice of dissent. In Delhi riots of February 2020 the police not only connived with the attackers but now have made the victims as accused. All the social activists who participated in peaceful protests against CAA/NRC have been arrested and booked as conspirators and stringent law UAPA has been used against them. Even top leaders of political parties like Sitram Yechury of CPM, Yogindra Yadav of Swaraj India, social activist Harsh Mandar, Dr. Apoorv Nand and film maker Rahul Roy have been named in the charge sheet. Similarly a large number of student leaders and cultural activists of Jamia Milia and JNU have been incarcerated on false grounds. The recent arrest of Omar Khalid is an example of blatant misuse of police power.

From the above it can be seen that under Modi government India is fast becoming a police state. Normal laws are being made more stringent. The black laws like sedition, UAPA and NSA are being used profusely. The writers, Social activists, human rights defenders and opposition leaders are being implicated on trumpeted up charges. Unfortunately courts are also not coming to the rescue of the common man as expected. Police and other police agencies are being misused to punish the opponents or dissenters. Hence it is the high time that all those who believe in democracy and rule of law should join hands to stand against the onslaught authoritarianism and not allow our country to become a police state.  Since it is the outcome of political strategy of Hindutva forces it has to be encountered at a political plane.

All Global Research articles can be read in 51 languages by activating the “Translate Website” drop down menu on the top...
Read more

All Global Research articles can be read in 51 languages...
Read more
News By Country

But victory is a cruel NATO fantasy, staged for,...
Read more

The latest mass shooter in Buffalo, New York was clearly a racist, and identified...
Read more

Corporate media and the US state depict Cuba as an isolated and friendless country....
Read more