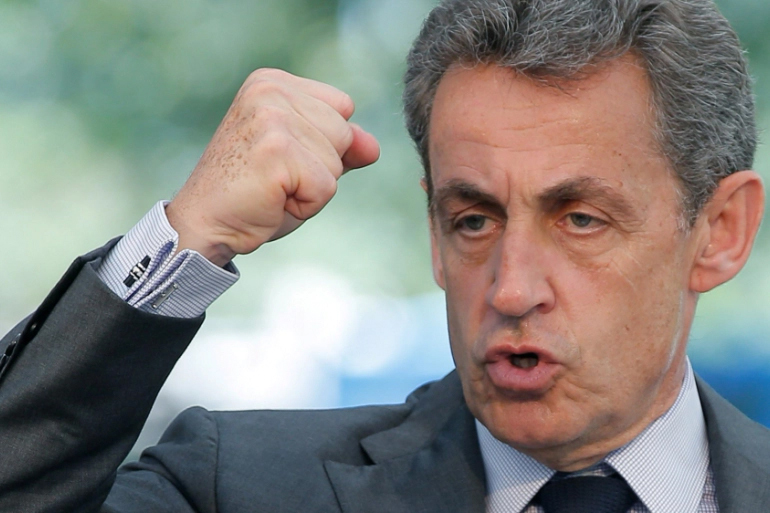 The charge for “membership in a criminal conspiracy” was brought on Monday, and adds to charges in 2018 of “passive corruption”, “benefitting from embezzled public funds” and “illegal campaign financing” against Sarkozy, who has denied any wrongdoing.

On his Facebook page, Sarkozy on Friday again said he was innocent

The 65-year-old denies accusations by former members of Muammar Gaddafi’s leadership that he took millions from the slain Libyan ruler, some of it delivered in cash-stuffed suitcases, in his successful presidential run.

The scandal came to light in 2012, when investigative website Mediapart published a document purporting to show that Gaddafi agreed to give Sarkozy up to 50 million euros ($58m or $67.6m at today’s rates).

In 2011, as NATO-backed forces were driving Gaddafi out of power, the longtime Libyan leader’s youngest son Saif al-Islam, told the Euronews network: “Sarkozy must first give back the money he took from Libya to finance his electoral campaign.”

Sarkozy dismissed the allegations as rantings of vindictive Gaddafi loyalists who were furious over the French-led military intervention in Libya that helped end Gaddafi’s 41-year rule and ultimately led to his death.

Sarkozy, who retired from politics after a failed comeback attempt for the 2017 presidential vote, has accused the Paris judiciary of hounding him.

He has also been charged in two other cases, one relating to fake invoices devised to mask overspending on his failed 2012 re-election campaign, and another for alleged influence peddling involving a top judge.

Sarkozy is not the country’s first former president to be prosecuted. The late Jacques Chirac was given a two-year suspended sentence in 2011 for embezzlement and misuse of public funds during his time as mayor of Paris.

How many more provocations of Russia will the situation...
Read more
News of Africa

Sweden could not expect Turkey’s support for its Nato...
Read more
News of Africa

Eritrean forces have been leaving towns in the war-torn...
Read more