Celebration on Kamala Harris Victory in India is absolute hypocrisy 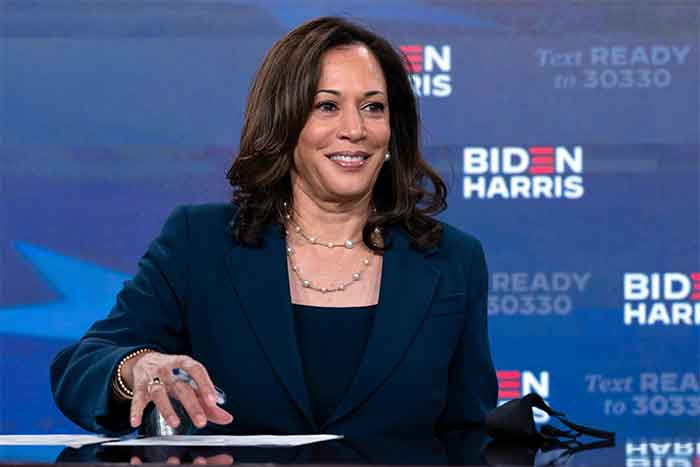 Indians are ‘rejoicing’ over Kamala Harris becoming the ‘first’ woman vice president and that too with Indian origin. The other day, we saw Priyanka Radhakrishnanan being sworn in the Newzealand Ministry and Keralites have been proud of her ‘achievements’. Canadian Prime Minister Justin Trudeau already has four Ministers of Indian origin, three of them being Sikhs who are represented far better than in Narendra Modi’s cabinet in India. Apart from them there is one woman Minister too. In the United Kingdom, Rishi Sunak heads the Finance, Priti Patel is Home Secretary and Alok Sharma is Secretary Business and Industries.

There are many other leaders of Indian origin who were leaders of their countries like Surinam, Gayana, Fiji and Mauritius but yes, these countries had indian who suffered a lot and were taken as indentured labourers or I would simply call them as ‘slave labour’ even when slavory was abolished by that time, by the British to work in their plantation fields but over the years they slowly rebuild their lives and many of them became the leader of their countries. Obviously, they loved their Indian roots but had no connection with India as their forefathers had left long back and had no support like the NRIs today have. Those were the difficult years but they managed to maintain their dignity and succeeded in these countries.

The stories of Kamala Harris, Priti Patel, Priyanka Radha Krishnanan and other ‘successful’ politicians of Indian origin in US, UK, Canada and Newzealand is bigger proof of the diversity and opportunities provided by these countries and rather than a ‘contribution’ of India or Indian system. Kamala Harris’s grandfather i.e. Nana was a joint secretary during Jawahar Lal Nehru’s time and he sent his daughter to study in the US which was a favorite of youngsters who could afford to go in search of better opportunities. All these new leaders who we all are feeling proud of, are just first and second generation who migrated to these countries in either mid 1950s or 1960s and many are of 1980s generation and yet they got the opportunity to lead.

Listen to Kamala Harris and Joe Biden and they are speaking of inclusion, fight against systemic racism and unity of the country. Kamala Harris’s success is attributed to the fact that the US is a country of possibilities and hope for migrants. So most of these leaders who have flourished are not there for several generations but not more than fifty years. What is happening back in our country. The leaders of division and hatred don’t want people whose seven generations are settled in India. We are asking hundreds of questions about the history of some body great great great great great great grandfather. We are seeking revenge for the wrongs of the past. A government or political class which is stuck in the ‘wrongs’ of history can not provide vision for the future. What happened to the issue of Sonia Gandhi when she could have become the leader of Congress Party. Even after refusing to be leader, she has been harassed and humiliated by the Sanghi media. How can you make a country stronger if you make 12% Muslims suspect of all the evils and wrongs of the country.

What would have happened to Kamala Harris if she were in India. Her marriage to a Jew would have become the hunting ground for Sangh Parivar and they would have brought the conspiracy theory of  ‘converting’ our ‘innocent’ women. The whole attempt to bring Love Jehad laws state after state are nothing but to harass the couples particularly where the male partner is a Muslim or Christian. Why are we celebrating for Kamala Harris ? Because we don’t want our children to decide their own fate ? Because we don’t treat our minorities equally or make them look suspect ? Because the representation of minorities is reducing in every sector and our politicians want to intimidate them and suggest to them that you are a second class citizen of this country and because we don’t want to give protesters even the right to protest and file cases after cases against them.

There is a lot for Indians and Indian ‘nationalists’ to introspect on what has happened in india. Just before ‘celebrating’ about Kamala Harris or Priti Patel or Priyanka Radhakrishnan please peep into your own prejudices and how you have made every neighbour of our look unwanted. Societies which embrace diversity and are inclusive in nature, which leave their prejudices aside will grow and progress. Indians who want to enjoy democracies elsewhere need to strengthen the same kind of structure in their own country. Whether it is USA or Canada or New Zealand or England, we need to ensure that we too respect freedom of expression of the minorities, respect individual’s right to choose their faith and partner, respect differences of opinion and as Joe Biden said that differences do not mean that our opponents are anti national. Let us understand that providing a level playing field to all will make us better and encourage minorities and migrants to be part of our decision making will always bring their knowledge and strength to our political structure. At the moment, we hope that leaders of Indian origin will prove successful in raising issues of minorities and immigrants and will have the same message back home in India to respect the similar values so we become a true democracy. A country without fair representation of marginalised and minorities can not become a true democracy. Let us hope our political class will read the message of hope, love and healing from these the outcome of the elections in the United States.

President @HassanSMohamud, are you not aware of the change...
Read more
North America

The Revenge of the Malthusians and the Science of Limits