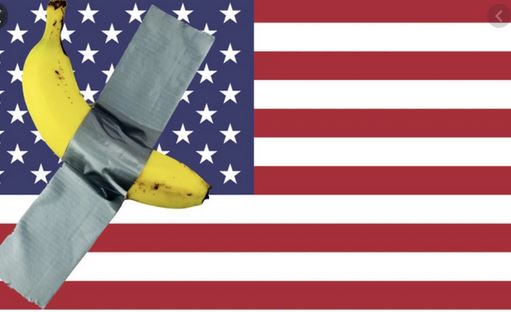 Not all the information disclosed here about the gaming of Blue has been declassified. That may well elicit a harsh response from the Deep State, even as a similar scenario was gamed by an outfit called Transition Integrity Project.

Both scenarios should qualify as predictive programming – with the Deep State preparing the general public, in advance, for exactly how things will play out.

Blue concerns a presidential election in the Hegemon. In the gaming exercise, the incumbent president, codenamed Buffon, was painted Red. The challenger, codenamed Corpse, was painted Blue.

Blue – the exercise – went up a notch because, compared to its predecessors, the starting point was not a mere insurgency, but a pandemic. Not any pandemic, but a really serious, bad to the bone global pandemic with an explosive infection fatality rate of less than 1%.

That connected with a rash of polls predicting an all but inevitable Blue win in the election – even a Blue Wave.

The premise is simple: take down the economy and deflate a sitting president whose stated mission is to drive a booming economy. In tandem, convince public opinion that actually getting to the polls is a health hazard.

The Blue production committee takes no chances, publicly announcing they would contest any result that contradicts the prepackaged outcome: Blue’s final victory in a quirky, anachronistic, anti-direct democracy body called the “electoral college”.

If Red somehow wins, Blue would wait until every vote is counted and duly litigated to every jurisdiction level. Relying on massive media support and social media marketing propelled to saturation levels, Blue proclaims that “under no scenario” Red would be allowed to declare victory.

Election Day comes. Vote counting is running smoothly – mail-in count, election day count, up to the minute tallies – but mostly favoring Red, especially in three states always essential for capturing the presidency. Red is also leading in what is characterized as “swing states”.

But then, just as a TV network prematurely calls a supposedly assured Red state for Blue, all vote counting stops before midnight in major urban areas in key swing states under Blue governors, with Red in the lead.

Blue operators stop counting to check whether their scenario towards a Blue victory can roll out without bringing in mail-in ballots. Their preferred mechanism is to manufacture the “will of the people” by keeping up an illusion of fairness.

Yet they can always rely, as Plan B, on urban mail-in ballots on tap, hot and cold, until Blue squeaks by in two particularly key swing states that Red had bagged in a previous election.

That’s what happens. Starting at 2 am, and later into the night, enter a batch of “magic” votes in these two key states. The sudden, vertical upward “adjustment” includes the case of a batch of 130k+ pro-Blue votes cast in a county alongside not a single pro-Red vote – a statistical miracle of Holy Ghost proportions.

Stuffing the ballot box is a typical scam applied in Banana Republic declinations of color revolution. Blue operators use the tried and tested method applied to the gold futures market, when a sudden drop of naked shorts drives down gold price, thus protecting the US dollar.

Blue operators bet the compliant mainstream media/Big Tech alliance will not question that, well, out of the blue, the vote would swing towards Blue in a 2 to 3 or 3 to 4 margin.

They bet no questions will be asked on how a 2% to 5% positive ballot trend in Red’s favor in a few states turned into a 0.5% to 1.4% trend in favor of Blue by around 4am.

And that this discrepancy happens in two swing states almost simultaneously.

And that some precincts turn more presidential votes than they have registered voters.

And that in swing states, the number of extra mysterious votes for Blue far exceeds votes cast for the Senate candidates in these states, when the record shows that down ticket totals are traditionally close.

The day after Election Day there are vague explanations that one of the possible vote-dumps was just a “clerical error”, while in another disputed state there is no justification for accepting ballots with no postmark.

Blue operators relax because the mainstream media/Big Tech alliance squashes each and every complaint as “conspiracy theories”.

The two presidential candidates do not exactly help their own cases.

Codename Corpse, in a Freudian slip, had revealed his party had set up the most extensive and “diverse” fraud scheme ever.

Not only Corpse is about to be investigated for a shady computer-related scheme. He is a stage 2 dementia patient with a rapidly unraveling profile – kept barely functional by drugs, which can’t prevent his mind slowly shutting down.

Codename Buffoon, true to his instincts, goes pre-emptive, declaring the whole election a fraud but without offering a smoking gun. He is duly debunked by the mainstream media/Big Tech alliance for spreading “false claims”.

All this is happening as a wily, old, bitter operator not only had declared that the only admissible scenario was a Blue victory; she had already positioned herself for a top security job.

Blue also games that Red would immediately embark on a single-minded path ahead: regiment an army of lawyers demanding access to every registration roll to scrub, review and verify each and every mail-in ballot, a process of de facto forensic analysis.

Yet Blue cannot foresee how many fake ballots will be unveiled during recounts.

As Corpse is set to declare victory, Buffon eyes the long game, set to take the whole thing all the way to the Supreme Court.

The Red machine had already gamed it – as it was fully aware of how operation Blue would be played.

The Red counter-revolution does carry the potential of strategically checkmating Blue.

It is a three-pronged attack – with Red using the Judiciary Committee, the Senate and the Attorney General, all under the authority of codename Buffoon until Inauguration Day. The end game after a vicious legal battle is to overthrow Blue.

Red’s top operators have the option of setting up a Senate commission, or a Special Counsel, at the request of the Judiciary Committee, to be appointed by the Department of Justice to investigate Corpse.

In the meantime, two electoral college votes, one-month apart, are required to certify the presidential winner.

These votes will happen in the middle of one and perhaps two investigations focused on Corpse. Any state represented at the electoral college may object to approve an investigated Corpse; in this case it’s illegal for that state to allow its electors to certify the state’s presidential results.

Corpse may even be impeached by his own party, under the 25th Ammendment, due to his irreversible mental decline.

The resulting chaos would have to be resolved by the Red-leaning Supreme Court. Not exactly the outcome favored by Blue.

The heart of the matter is that this think tank gaming transcends both Red and Blue. It’s all about the Deep State’s end game.

There’s nothing like a massive psy ops embedded in a WWE-themed theater under the sign of Divide and Rule to pit mob vs. mob, with half of the mob rebelling against what it perceives as an illegitimate government. The 0.00001% comfortably surveys the not only metaphorical carnage from above.

Even as the Deep State, using its Blue minions, would never have allowed codename Buffoon to prevail, again, domestic Divide and Rule might be seen as the least disastrous outcome for the world at large.

A civil war context in theory distracts the Deep State from bombing more Global South latitudes into the dystopian “democracy” charade it is now enacting.

And yet a domestic Empire of Chaos gridlock may well encourage more foreign adventures as a necessary diversion to tie the room together.

And that’s the beauty of the Blue gaming exercise: the House wins, one way or another.

President @HassanSMohamud, are you not aware of the change...
Read more