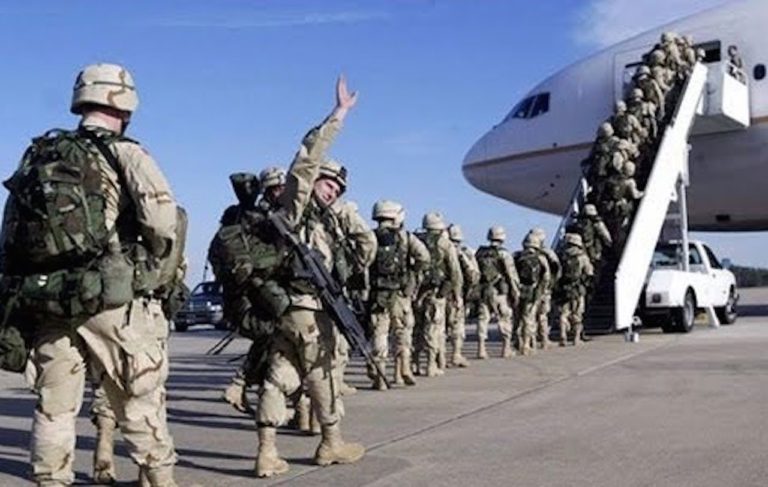 These are things that might have been done earlier.  During the last, flickering days of the Trump administration, activity is being witnessed across countries which have a US troop presence.  Numbers are being reduced.  Security wonks are getting the jitters.  Is the imperium shrinking?  Will President elect Joe Biden wake up and reverse the trend?  With the Beltway foreign policy Blob advising him, most likely.

In November, acting defence secretary Christopher Miller announced that the number of troops in Afghanistan and Iraq would fall from 4,500 to 2,500 and 3,500 to 2,500 respectively.  Somalia has been added to the list of countries which will see US withdrawals in some number.  The current troop presence stands at 700, tasked with assisting an African Union-backed peacekeeping force combat the al-Shabaab insurgency.  A good number are also there to train and support Danab, the Somali special forces with eyes on capturing and killing leaders of the insurgent movement.  The ultimate objective of US Africa Command in East Africa, then, “is one in which terrorist organizations are not able to threaten the US homeland, US persons, international allies or destabilize the region.”

This is a conflict that has a relentless air of eternity to it.  Al-Shabaab counts itself as yet another, albeit more formidable militant group, that has thrived in Somalia’s unruly environment.  Its claim to radicalised fame came with Ethiopia’s December 2006 invasion of the country.  It was encouraged by the Somalian transitional government, with the intention of ousting al-Shabaab and the Islamic Courts Union from Mogadishu, captured by the fundamentalist alliance that June.

According to Robert Wise, the Ethiopian occupation transformed al-Shabaab “from a small relatively unimportant part of a more moderate Islamic movement into the most powerful and radical armed faction in the country.”  Yet another salient lesson in the perils of foreign intervention.

US administrations might have feared the messiness of the Somali scene.  The death of 18 US soldiers in October 1993 in a failed effort to capture the warlord Mohamed Farrah Aidid in Mogadishu stung.  Cruise-missile humanitarians and interventionists would have to wait for the republic to find its feet again.  The attacks of September 11, 2001 on the United States furnished the moment, incarnating the global terrorist phenomenon and the pretext for an international deployment of US forces, officially and covertly.  On March 19, 2003, the capture and interrogation of Suleiman Abdallah heralded the return of US troops to Somalia.

During the Obama administration, US drone strikes, with all the accompanying problems of legality and accountability, were the favoured weapon of choice against the group.  These were also accompanied by ground raids.  Killings, such as those of its leader, Ahmed Abdi Godane, in September 2014, were celebrated as triggers for an eventual collapse that never came.  “Godane’s removal is a major symbolic and operational loss to the largest al-Qaida affiliate in Africa,” came the confident assessment from the White House, “and reflects years of painstaking work by our intelligence, military and law enforcement officials.”

Godane’s slaying was a spur, rather than a deterrent, for the organisation.  Attacks on African peacekeeping forces increased; suicide bombings were used liberally, culminating in the slaughter of October 2017 in Mogadishu leaving almost 600 civilians dead.

In the earlier stage of his administration, President Donald Trump showed a marked interest in deepening US involvement in Somalia.  The rhetoric of disentanglement was nowhere to be found.  In March 2017, he approved a proposal from the Pentagon to expand operations against militants in the country.  Commanders were no longer required to obtain high-level vetting of al-Shabaab targets in designated “areas of active hostilities”.  As General Thomas Waldhauser of US Africa Command described it, “It allows [us] to prosecute targets in a more rapid fashion.” In 2018, 47 US drone strikes were executed.  Last year, the number climbed to 63.

This was not to last. Trump began to cool to the US involvement.  Earlier this year, the US pulled out from the cities of Bosaso and Galkayo.  The now departed defence secretary Mark Esper was not enthused by the change of heart, and preferred continued engagement.  Trump, for his part, preferred Kenyan security forces to have a greater role.

The statement from the Pentagon was packed with those reassurances that will affect audiences differently.  The overall theme of the exit is change without difference.  “The US is not withdrawing or disengaging from Africa.  We remain committed to our African partners and enduring support through a whole-of-government approach.”

This is not the case of US soldiers returning home to celebratory fanfare for a disentangling republic.  Many will find themselves in neighbouring Kenya, which has had its fair share of problems with al-Shabaab.  “As a result of this decision, some forces may be reassigned outside of East Africa.  However, the remaining forces will be repositioned from Somalia into neighbouring countries in order to allow cross-border operations by both US and partner forces.”

Somali President Mohamed Abdullah Mohamed is none too keen on the move, suggesting that his brittle government has gotten used to a particular diet of assistance.  In October, he took to Twitter to claim that US “military support to Somalia has enabled us to effectively combat Al-Shabaab and secure the Horn of Africa.  A victory through this journey and for Somali-US partnership can only be achieved through continuous security partnership and capacity building support.”

Senator Ayub Ismail Yusuf called the decision to remove US forces “untimely.”  Well attuned to the language that has kept Washington engaged in foreign theatres since 2001, the true enemy was terrorism.  “The fight against global terrorism is still ongoing and we must still win this battle for peace and security to prevail.”  Colonel Ahmed Abdullahi Sheikh, Danab’s commander for three years till 2019, is convinced that making such a withdrawal permanent “will have a huge toll on counterterrorism efforts”.

Such comments suggest a far rosier picture of US involvement and Somali government successes.  The US Defence Department Inspector General is far more measured in the July-September 2020 report.  “Despite many years of sustained Somali, US, and international counterterrorism pressure, the terrorist threat in East Africa is not degraded: al-Shabaab retains freedom of movement in many parts of southern Somalia and has demonstrated an ability and intent to attack outside of the country, including targeting US interests.”

For the devotees of the imperial footprint, there is no way around it.  The decision to exit is poor; the imperium’s interests will be harmed.  William Lawrence from the American University in Washington, D.C. does not even shy away from a pseudo-colonial message.  “The blow from the US operations standpoint is that over time, it will lose its ability to Americanise on the ground and to have more interaction with Somali troops.”  Somalia would suffer a “real blow” with the departure of US personnel.  “There is no good military or strategic reason for this move.”

Djibouti in Horn of Africa on track for spaceport following deal with Hong Kong firm, six years after opening of Chinese naval base