Irrigation and water resources minister says the unilateral move by Ethiopia in July would ‘threaten the lives of half the population in central Sudan’. 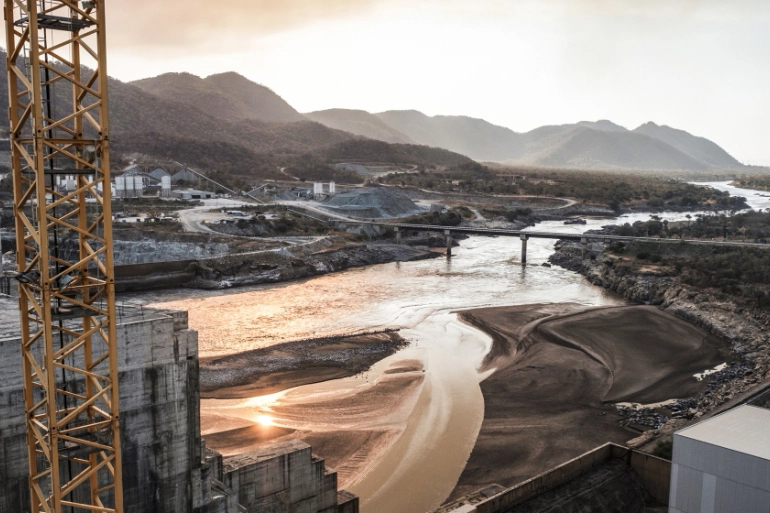 Sudan has said neighbouring Ethiopia should not unilaterally go ahead with the further filling a massive dam on the Blue Nile River, saying such a move would threaten its national security.

The comments on Saturday by Sudanese Irrigation and Water Resources Minister Yasser Abbas marked the latest expression of Sudanese concern about Addis Ababa’s apparent determination to fill the Grand Ethiopian Renaissance Dam (GERD) without first reaching an agreement with Khartoum and Cairo.

“The filling of the Renaissance Dam by one side next July represents a direct threat to Sudan’s national security,” Abbas told Reuters news agency.

In a separate interview with AFP news agency, Abbas said the filling the dam would also “threaten the lives of half the population in central Sudan, as well as irrigation water for agricultural projects and power generation from [Sudan’s] Roseires Dam”.

There was no immediate reaction by Ethiopian officials.

Ethiopia has been building the GERD on the Blue Nile, close to its border with Sudan, and says the dam is crucial to its economic development. Sudan hopes the hydropower dam will regulate annual flooding, but fears that its own dams, including the Roseires and Merowe, would be harmed if no agreement is reached.

Egypt, meanwhile, views GERD as a big threat to its freshwater supplies, more than 90 percent of which come from the Nile.

Ethiopia began filling the reservoir behind its dam after the summer rains last year despite demands from Egypt and Sudan that it should first reach a binding agreement on the dam’s operation.

The latest three-way talks were held last month in the presence of observers from the African Union (AU) and European Union, but failed to make headway.

On Saturday, Abbas said Sudan was also proposing a mediation role for the United States, EU, United Nations and AU as a way of breaking the deadlock in talks about the dam between Sudan, Egypt and Ethiopia.

The Nile, the world’s longest river, is a lifeline supplying both water and electricity to the 10 countries it traverses.

Its main tributaries, the White and Blue Nile, converge in Khartoum before flowing north through Egypt to drain into the Mediterranean Sea.

The warnings from Abbas come amid increased tensions between Addis Ababa and Khartoum in recent weeks following skirmishes at the Al-Fashaqa border region, where Ethiopian farmers cultivate fertile land claimed by Sudan.

In December last year, Sudan accused Ethiopian “forces and militias” of ambushing its troops along the border, leaving four dead and more than 20 wounded. Both sides have since moved tanks and heavy weapons along the frontier, accusing each other of pushing further into the contested area.