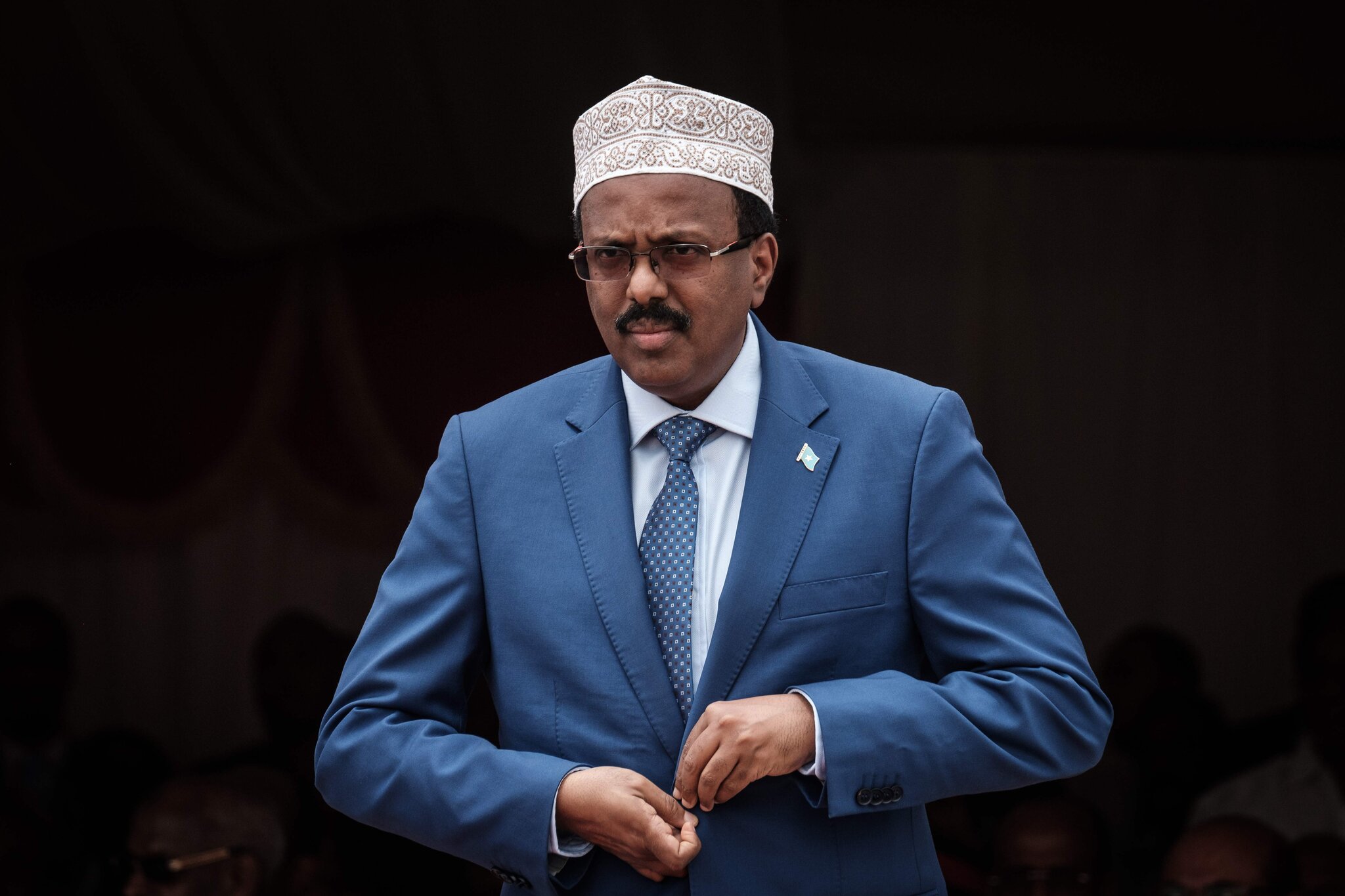 NAIROBI, Kenya — In a highly contentious move, Somalia’s president has extended his own term in office by two years, drawing condemnation from the United States and other allies who viewed it as a naked power grab that could upend faltering efforts to establish a functioning state in Somalia and defeat the insurgency by the extremist group Al Shabab.

President Mohamed Abdullahi Mohamed, a onetime American citizen popularly known as Farmaajo, announced that he signed the law extending his mandate early Wednesday, two days after it was approved by Somalia’s Parliament amid accusations that the president’s office had engineered the vote.

The move represented a worst-case scenario for United Nations and Western officials, who had been shuttling for months between Mr. Mohamed and Somali regional leaders locked in a bitter dispute over when and how to hold parliamentary and presidential elections that were scheduled to take place by early February.

The United States, which has given billions of dollars in aid to Somalia and conducted numerous airstrikes and military raids against Al Shabab, had privately threatened Mr. Mohamed and his top officials with sanctions and visa restrictions if they disregarded the election time table.

The United States Secretary of State, Antony J. Blinken, went public with those threats on Tuesday in a statement warning Mr. Mohamed, whose term technically ended in February, that any attempt to unilaterally extend it would be firmly opposed by the United States.

“The United States is deeply disappointed by the federal government of Somalia’s decision to approve a legislative bill that extends the mandates of the president and Parliament by two years,” Mr. Blinken said.

The election process has been deadlocked since last fall, when the leaders of Puntland and Jubaland, two of Somalia’s five semiautonomous federal states, first accused Mr. Mohamed of using the national intelligence agency to rig the voting system. In March, the United Nations and foreign donors pressured the two sides into talks in the capital, Mogadishu, that proved inconclusive. With Mr. Mohamed’s extension of power, those negotiations have now collapsed.

Critics say Mr. Mohamed appears to be taking his cues from Eritrea’s autocratic president, Isaias Afwerki, who has become a close ally in recent months. The two leaders regularly speak on the phone, according to several Western officials and a former senior Somali government official, and Mr. Afwerki’s military recently trained a contingent of about 3,000 Somali soldiers who were expected to return home recently.

Mr. Mohamed said the two-year extension would allow him to introduce a one-person, one-vote system — a long-held dream of Western donors eager to show progress for decades of engagement in Somalia. The country’s last election, in 2017, was held under an indirect clan-based system that was rife with corruption and, according to Somali investigators, was influenced by at least $20 million in bribes.

Critics accuse Mr. Mohamed of using the one-person, one-vote goal as an excuse to delay elections that he risks losing.

“He wants to become another Siad Barre,” said Mohamed Ahmed Abtidoon, a lawmaker, referring to the dictator who ruled Somalia with an iron fist until his ouster in 1991 plunged the country into chaotic, clan-based warfare. “They always seize power like this.”

But the president retains his popularity among those Somalis who, tired of years of heavy-handed foreign involvement in their country, support his defiant politics.

“The Parliament made the right decision,” said Abdirahman Mohamed, an English literature student at Mogadishu University.

As the high-stakes political confrontation deepened in recent weeks, Western and Somali officials openly worried that it risked plunging the country into violence, even a fresh round of civil war.

Those fears have not materialized, but experts say armed confrontation remains a possibility.

And they worry that politics could spill over into the Somali armed forces, where the most powerful units have been trained by the United States and Turkey, with the risk of an internal split along clan lines.

The political crisis has been playing out for weeks at heavily guarded hotels near Mogadishu’s international airport where Western diplomats have met with Mr. Mohamed’s rivals, hoping to end the stalemate. It is a far cry from the hopeful early days of the president’s rule.

After he spent most of the previous three decades in the United States, where he worked at the New York State Department of Transportation, Mr. Mohamed’s election in 2017 initially stoked hopes that he could lead Somalia away from the dysfunctional, corrupt leadership that had blighted the country for decades.

In power, though, he has done little to deliver on that lofty promise.

Transparency International still ranks Somalia as the world’s most corrupt country, and Mr. Mohamed has expended much of his energies trying to centralize power in Mogadishu, often in the face of fiercely autonomous regional leaders backed by regional powers like Kenya and the United Arab Emirates.

Mr. Mohamed, for his part, has enjoyed close ties with the Persian Gulf state of Qatar, which supported his regime with undeclared cash transfers, according to several foreign officials who did not want to be identified because of the sensitivity of the issue.

The chief conduit for Qatari influence is widely viewed as Fahad Yasin, the head of Somalia’s National Intelligence and Security Agency, who played a key role in helping Mr. Mohamed win the clan-based election in 2017.

In recent months Mr. Yasin has faced loud accusations of using the spy service, which is the C.I.A.’s main partner in Somalia, to manipulate the composition of electoral bodies that are supposed to organize the country’s next election.

At the same time, Al Shabab has been gaining ground. A report published by the United States Inspector General in November found that despite years of American drone strikes and military raids inside Somalia, the militants gained strength in 2020, and Mr. Mohamed’s security forces were still unable to contain them.