“I came to Bamako today and went to Gao last month to show you that France will remain engaged as long as it takes,” Macron said in a speech before the French community in Bamako. “Thanks to our engagement, we aim in the long term to accompany and support the national and regional forces,” Pres. Macron of France.

On  May 24, 2021 Malian President Bah N’Daw and his  Prime Minister Moctar Ouane were  overthrown and arrested along  with other government leaders, hours after naming a new Cabinet that did not include two major former junta leaders by the former Vice Presdient and Coup leader Colonel Assimi Goïta who deposited democratically elected former Mali President Ibrahim Boubacar Keïta  last year 2020.

Col. Assimi Goita has been serving as the transitional vice president (1)since September, regained control of the West African country by deposing the president(2) and prime minister in an unprecedented move, which surprised the political elite in the country.

It’s clear that France -the colonial master is once again behind this fake “ National salvation Committee of the people’(CNSP) of armed corps  based at ‘Katti military base in Bamako, the capital.

“Since gaining independence from France in 1960, the West African state of Mali has been afflicted by several rebellions, insurrections, and coups. The intervention of French troops on January 2013, following an armed coup in March 2012, has paved the away for democratic elections once again.” (3)

Who is Colonel Asswimi Goita?

Colonel Goita received training from France, and Germany, and had experience working with United States Army Special Force in Sahel.

Coup leader Colonel Assimi Goïta was named transitional president by the constitutional court on Friday, two days after he declared himself the interim leader. Like many military officers in France’s African colonies , Col. Goita is playing the “Nationalist Card” &  is determined to change the “Status Que” .

We have to wait and see weather Colonel Goita’s “Salvation committee” are genuinely interested in the salvation of Mali from French and Western Mass Exploitation, looting and  profitable Mining industry which is totally and completely under the control of French and Western Multi-nationals .The question is whether France’s democratic commitments are so strong as to quit benefitting from the 860 gold mines in Malian territory (the third largest African reserve) which some cynics may believe are Paris’ main concern in the country.(4)

Since independence Mali has more then 2 dozen coups and foreign interventions all by France. Since 2001, the French jumped on the coattails of  US Global war-on Terror(GWOT) , thus placing both manpower and material assets in Mali and the entire G5 Sahara- Sahel Africa for france’s Geo -strategical interests under the pretext of fighting “Islamic Terrorist “ in the North.

France has 5,145 forces in Africa , and mostly in  G5 Sahel. The french had been involved in various military interventions in Mali and across Africa since Independence 1960.

In 2013, French troops helped regain territory, but attacks have continued as the insurgents have capitalized on the persistent political instability due to poverty, massive corruption , high unemployment among Mali’s youth who are 20% of the Pop. Of 20 Million.

This has all led to public confidence waning over the army leaders’ ability to tackle the Islamist insurgency a (NATO + Africom ) proxy,  that has spilled into neighboring Burkina Faso and Niger.

Extreme Poverty, lack of economic, educational , health and employment opportunities are the main causes of Insecurity and inter-ethnic violence which is made worse by French and Western Military and Economic interventions and mariginalization of Mali since 2000.

A land-locked, predominantly rural society with limited women’s rights, a poor healthcare system and constant conflict due to recent terrorism and political instability, Mali and its population are extremely vulnerable to poverty according UN’s Human Development Index, (UNHD index).

In other words,  French military and economic interventions and control in Mali is aimed at protecting its economic & Goestratic  interests, that  only compounds Mali’s problems.

France’s interests in the region are primarily economic. Their military actions protect their access to oil and uranium in the region – all of which are required to sustain the demands of consumerism.

French energy giants like Total control many of the downstream oil distribution networks in Mali, which arise in the Taoudeni Basin, a massive oilfield that stretches 1,000 km (600 miles) from Mauritania across Mali and into Algeria.

An incredible 75 percent of France’s electric power is generated by nuclear plants that are mostly fuelled by uranium extracted on Mali’s border region of Kidal – a region beset with violence between French-backed troops and forces of Al Qaeda in the Islamic Maghreb (AQIM).

Let’s not forget about the gold; Mali is Africa’s third largest gold producer, and there are several multinational mining companies, including Randgold (UK), AngloGold Ashanti (South Africa), B2Gold (Canada) and Resolute Mining (Australia), that have huge operations there. France has the world’s 4th largest gold reserves of 2,436 tons (worth $112bn), but not a single gold mine to its name. Mali does not have any gold reserves, but is the 3rd biggest producer in Africa about 71 tonnes of gold from 860 gold mines Where did France get all this gold? AS they say, ‘ France is Africa’s Problem.(5)

Due Africa’s Global standing , with its weak governments, abundant natural resources, colonial legacies, proximity to Europe, and fifty-four votes at the United Nations General Assembly, provides Russia an easy and attractive theater where it can advance its interests with limited financial or political costs.

“Russia is aspiring to play a pivotal and influential role in the efforts to combat terrorism in the African Sahel, even as the region is witnessing an increase in terrorist threats, especially after the military coup that ousted Malian President Boubacar Keita on 18 August 2020. On the other hand, France, which leads European and Western efforts, faces increasing challenges in the field of counter-terrorism.” (5)

It is no secret that  two army colonels  –Malick Diaw and Sadio Camara,of the leaders of the coup last year – spent most time in  training in Russia before returning to Mali. And that coup got the support of the Anti-French, Anti-Corruption  masses in Bamako which some in western  mass -media  translated as Pro-Russian coup.

French President Emmanuel Macron threatens to withdraw the French military if Mali goes “towards radical Islam,” and says about Chad that things are clear, but we demand a political transition and inclusion. that “Paris will withdraw its forces from Mali if this country marches towards Islamic extremism” after it witnessed a second coup within 9 months”. (6)

The French President said in an interview with the French newspaper during his visit to Rwanda and South Africa, “I had told the Malian President Bah Ndaw, “radical Islam” in Mali with our soldiers there? This will never happen, but if things go in this direction, I will  withdraw .”Macron said that he “passed a message” to the leaders of West African countries that “he will not stay by the side of a country in which there is no longer democratic legitimacy and no transition process,” recalling that he said three years ago, “in a number of defense councils, that we must consider leaving.”

Macron had a surprising statement last year and was widely condemned around the world, in which he said that “Islam is a religion that today lives in a crisis everywhere in the world and is trying to create a parallel system to tighten its control in the country.”

“The French state must fight the Islamist separatism that ultimately leads to the establishment of a counter-society,” he added.

Macron pointed out that “in this radical Islam, which is the crux of our topic, there is a public will to show a systematic organization aimed at circumventing the laws of the republic and creating a parallel law with other values, and developing another organization for society.”

West African leaders will hold a summit on Sunday to decide on the thorny issue related to their response to the two coups staged by the Malian army within 9 months. 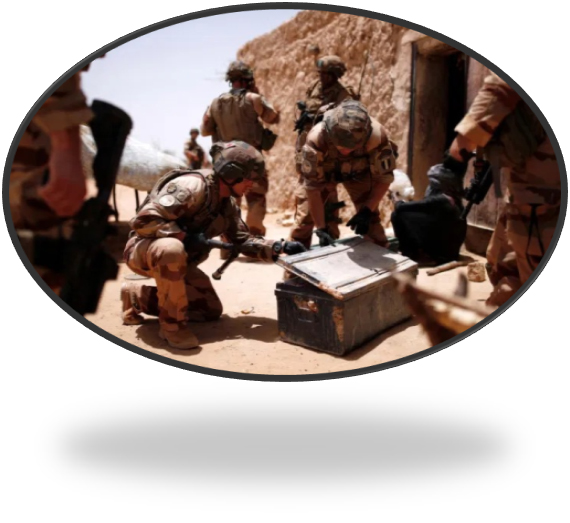 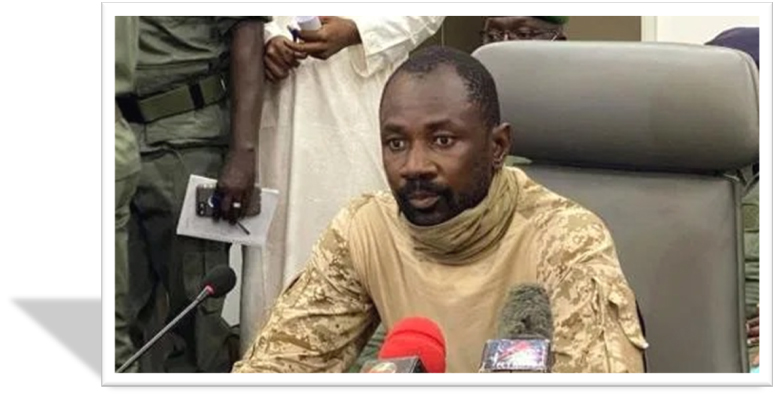 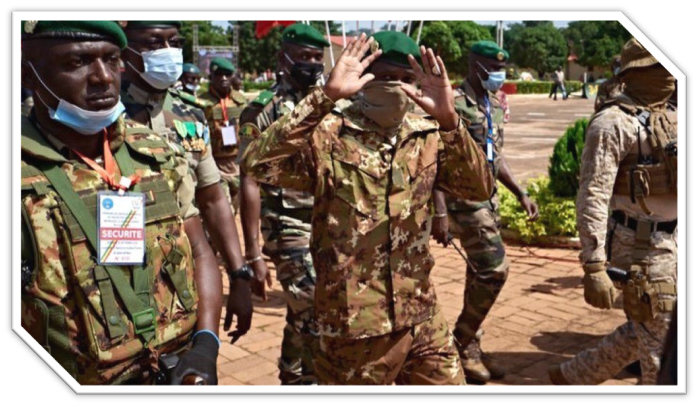 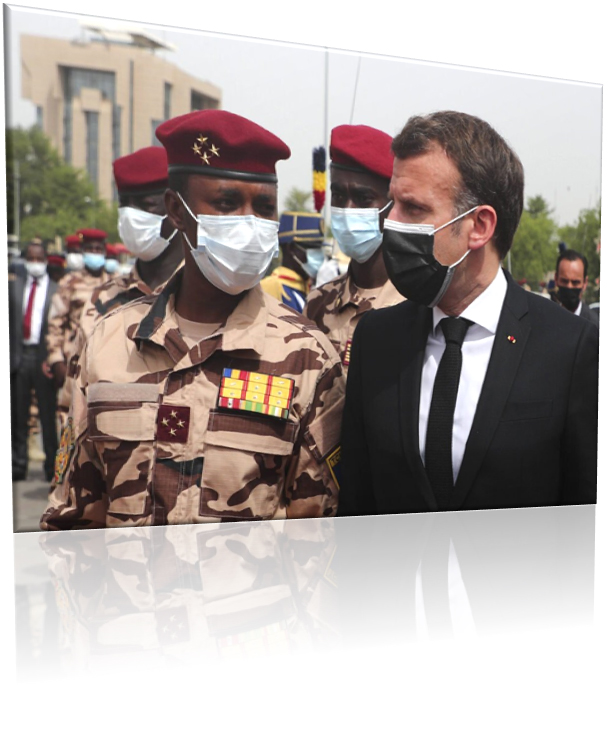 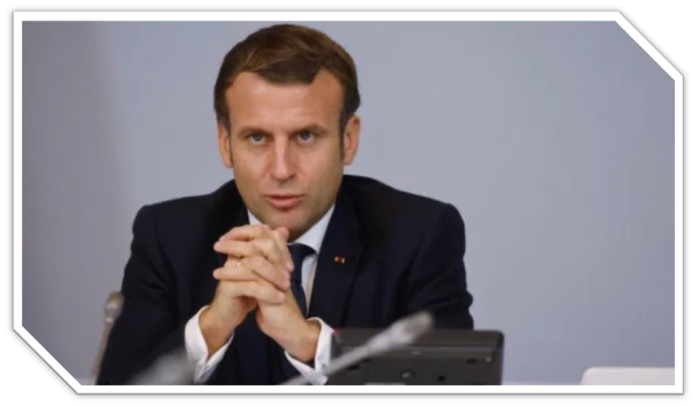 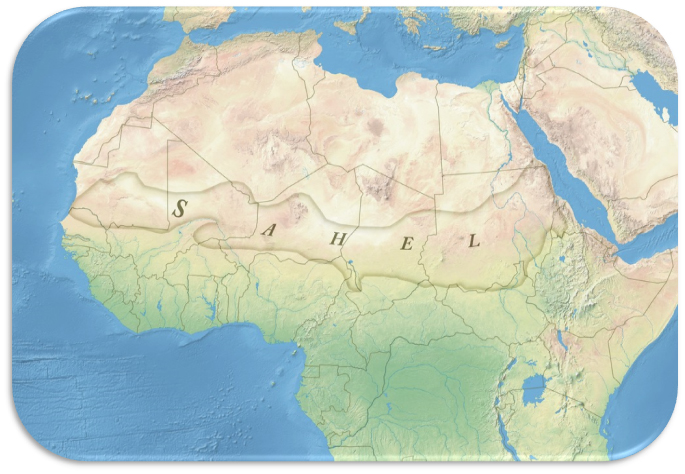 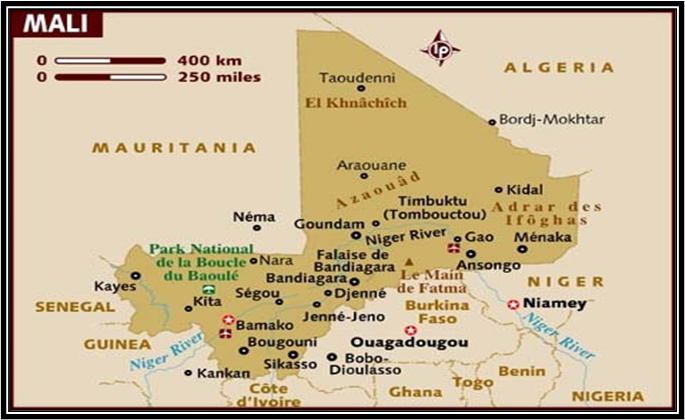 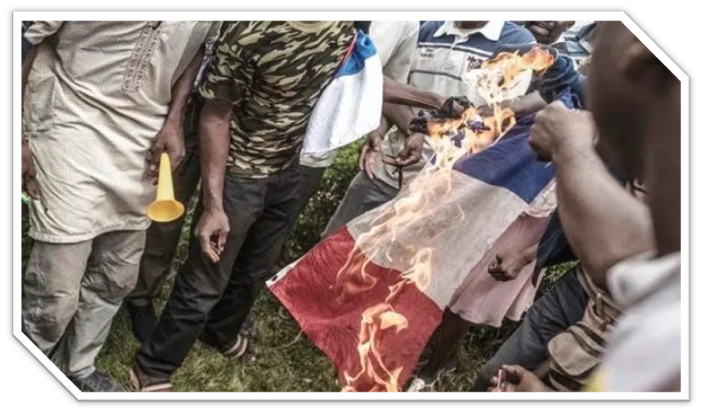 2) Wikipedia; The resource curse theory((https://www.google.com/search?client=firefox-b-d&q=resources+curse+theory(Accessed, May25, 2021).

15)    Macron will withdraw french forces if ‘Radical Islam” https://www.almayadeen.net/news/politics/1485061ماكرون:-سنسحب-جنودنا-إذا-سارت-مالي-باتجاه-إسلام-راديكالي(accessed, May 30, 2021)

How many more provocations of Russia will the situation...
Read more
News of Africa

President @HassanSMohamud, are you not aware of the change...
Read more
North America

The Revenge of the Malthusians and the Science of Limits

Sweden could not expect Turkey’s support for its Nato...
Read more