Cancelling Canada Day is a move towards truth, justice and reconciliation 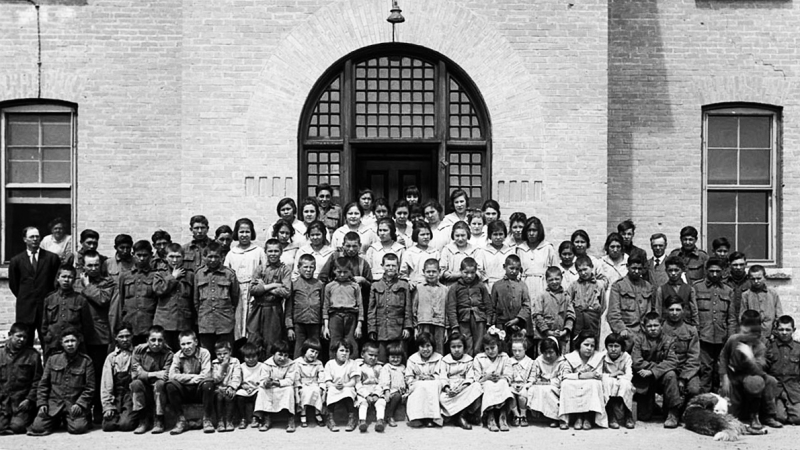 Content warning: This article includes details about residential schools that some readers may find distressing. If you are a residential school survivor in need of support, please call the National Indian Residential School Crisis Line at 1-866-925-4419.

The calls to cancel Canada Day continue to grow louder after hundreds of Indigenous children were found in unmarked graves near former Indian residential schools in British Columbia and Saskatchewan. A national day of mourning and collective reflection in honour of these children is far more fitting than the usual fireworks and parades which celebrate a country founded on genocide—a genocide that continues unabated. If ever there was a time for Canadians to redirect their attention to the outcomes of Canada’s brutal Indian policy, it is now. The municipalities that have stepped up to cancel Canada Day celebrations have sent an important message: it is time to confront our collective truth, so we can finally move towards justice.

More than 25 years ago, the Royal Commission on Aboriginal Peoples (RCAP) called on governments and churches to address the legacy of residential schools. RCAP described Indian residential schools as “the centrepiece of the assimilation strategy” which targeted Indians (First Nations) but were later expanded to include Inuit and Métis children. RCAP called on Canada to educate Canadians on what happened in those schools:

Until the story of life in Canada, as Aboriginal people know it, finds a place in all Canadians’ knowledge of their past, the wounds from historical violence and neglect will continue to fester—denied by Canadians at large and, perversely, generating shame in Aboriginal people because they cannot shake off the sense of powerlessness that made them vulnerable to injury in the first place.

These “schools” of forced assimilation included widespread abuses which varied from school to school and included physical and sexual abuse, starvation, neglect, torture, medical experimentation, and abortions; as well as documented use of shackles, handcuffs and/or electric chairs to ensure compliance and prevent escape. These schools had death rates well beyond anything experienced in the rest of Canada—something which government and church officials long knew—and this was called out by Canada’s Chief Medical Officer, Dr. Peter Bryce, as a “national crime” because children were “dying like flies” from preventable deaths.

S.H. Blake, a lawyer and Queen’s Counsel, felt that officials had done little “to obviate the preventable causes of death, [it] brings itself within unpleasant nearness to the charge of manslaughter.” Far from being denied by officials, Duncan Campbell Scott, the former Deputy Superintendent of Indian Affairs, admitted that “fifty per cent of the children who passed through these schools did not live to benefit from the education which they had received therein.” An education that often amounted to forced child labour under conditions which left children “‘ill-fed and ill-clothed and turned out into the cold to work… unhappy with a feeling of slavery existing in their minds’ and with no escape.” No escape.

RCAP’s calls to action did not result in substantive action by either governments or churches to educate Canadians about what happened in residential schools or address the legacy and its connection to ongoing injustices faced by Indigenous peoples. General commentary, if any, tended to focus on the cultural assimilation effected by those schools, as opposed to the horrific crimes which led to so many deaths. It was not until the Report of the Truth and Reconciliation Commission (TRC) in 2015 that the atrocities committed in these schools became part of the national dialogue. Governments and churches were on the hot seat failing to address the many injustices stemming from residential schools, which included the refusal to fully disclose all related documents and records and for failing to take the concrete steps needed to locate the unmarked graves of children who died in those schools.

There is literally a whole volume of the TRC Report dedicated to “Missing Children and Unmarked Burials.” It is here we learn that for the 3,200 deaths that the TRC was able to document, neither governments, churches, nor school administrators recorded the names of the 32 percent of the children who died. Officials also failed to document the gender of the deceased children in 23 percent of the cases or the cause of death in 50 percent of the cases. And if that were not bad enough, the TRC Report also highlighted the general practice of not sending the bodies of these children back to their home communities.

Of the known cemeteries, the majority had been abandoned or disused, leaving these sites vulnerable to disturbance. This is in addition to the testimony heard about other missing children and unmarked graves, which led the TRC to call for:

…the development and implementation of a national strategy for the documentation, maintenance, commemoration, and protection of residential school cemeteries. Such a program, carried out in close consultation with the concerned Aboriginal communities, is necessary to properly honour the memory of the children who died in Canada’s residential schools.

The TRC’s Calls to Action numbers 71-76 specifically addressed the issue of missing children and burial information by calling for:

71 – Chief coroners and provincial vital statistics agencies to share records with the National Centre for Truth and Reconciliation (NCTR);

72 – The federal government to allocate resources for NCTR to develop and maintain a death register;

73 – The federal government to work with churches, Aboriginal communities and survivors to maintain an online registry of residential school cemeteries and plot maps;

74 – The federal government to work with churches and Aboriginal community leaders to inform families of children who died, where they are located and respond to families’ wishes for commemoration and/or reburial at home;

75 – The federal government to work with provincial, territorial, municipal governments, churches, Aboriginal communities, survivors and current landowners to develop strategies for identification, documentation, maintenance, commemoration and protection of residential school cemeteries and other sites where children are buried; and

76 – All parties engaged in documentation and commemoration work to ensure Aboriginal community most affected leads the work; survivors and knowledge keepers to inform the strategies; and Aboriginal protocols respected before any invasive inspections of grave sites.

All of this work should have been well underway by now.

Sadly, it has taken the uncovering of hundreds of unmarked graves of Indigenous children to force governments and churches into action. But the ebb and flow of media attention, national dialogue and government commitment to action is what holds us back from sustaining national attention on residential schools so that we can, once and for all, uncover the true scope of the atrocities committed in these “schools” and move forward with sustained action. The voices of these deceased children are now represented in these unmarked graves. It is our obligation to do what we can to honour them and acknowledge the grave injustices committed against them as a matter of Canadian policy and carried out by churches.

This will be a summer of truth for Canadians as more and more graves of Indigenous children are found. At the same time, this will be a summer of great pain for Indigenous peoples, especially the survivors of residential schools and the families of those children who never made it out alive. The calls to cancel Canada Day celebrations this year have nothing to do with so-called “cancel culture”—the dog whistle term used by angry white men who benefit from the status quo. On the contrary, #CancelCanadaDay is what real reconciliation looks like. It is a symbolic public outcry and call for justice. It represents the urgent need to confront Canada’s genocide of Indigenous peoples head on and take action to end it. Whether it is finding all our missing children, bringing our children home from foster care, releasing our peoples from prisons, or ending the exploitation, disappearances and murders of Indigenous women and girls, urgent and sustained action is needed to end the injustices—all of which are legacies of the residential school system.

Cancelling Canada Day fireworks and parades will not end Canada, nor will it erase our history. What it might do, however, is rewrite our future history so that we do not waste another 20 years looking the other way and hoping Indigenous pain and trauma will simply go away. Municipalities cancelling Canada Day celebrations like Victoria and Kelowna, Pickering and Waterloo, Saint John and Fredericton, Dawson City and Carmacks, Melville and LaRonge, and so many others, is a sign of respect for the profound grief felt in Indigenous communities right now. We cannot hope to move towards meaningful reconciliation without first exposing the truth and achieving justice for Indigenous peoples.

Cancelling Canada Day has the potential to shine a much-needed spotlight on our collective truth and surround us all with the warmth that comes from community support, as we move towards justice and reparations for Indigenous peoples.

Pam Palmater is a Mi’kmaw citizen and member of the Eel River Bar First Nation in northern New Brunswick. She is a longtime CD columnist, and has been a practicing lawyer for 20 years. Currently, Pam is a Professor and the Chair in Indigenous Governance at Ryerson University.

Sweden could not expect Turkey’s support for its Nato...
Read more
News By Country

Colonialism did not cause the Indian famines

CIA Chief Warns Zelensky of Assassination (… by the CIA)