In advance of the next U.N. climate change gathering, which takes place in Egypt in November, Vijay Prashad outlines how governments can live up to their “common but differentiated responsibilities” to stave off catastrophe.

In November, most member states of the United Nations will gather in the Egyptian resort city of Sharm El Sheikh for the annual U.N. Climate Change Conference.

This is the 27th conference of the parties to assess the U.N. Framework Convention on Climate Change, commonly referred to as COP 27. The international environmental treaty was established in Rio de Janeiro in 1992, with the first conference held in Berlin in 1995; the agreements were extended in the Kyoto Protocol of 2005 and supplemented by the Paris Agreement of 2015.

No more needs to be said of the climate catastrophe, which threatens mass species extinction. The move away from carbon-based fuel has been stalled by three main impediments:

In public debates over the climate catastrophe, there is barely any reference to the Rio Earth Summit of 1992 and the treaty that noted:

“The global nature of climate change calls for the widest possible cooperation by all countries and their participation in an effective and appropriate international response, in accordance with their common but differentiated responsibilities and respective capabilities and their social and economic conditions.”

The phrase “common but differentiated responsibilities” is an acknowledgement of the fact that while the problem of climate change is common to all countries and none are immune to its deleterious impact, the responsibility of countries is not identical. Some countries — which have benefited from colonialism and carbon fuel for centuries — have a greater responsibility for the transition to a decarbonised energy system. 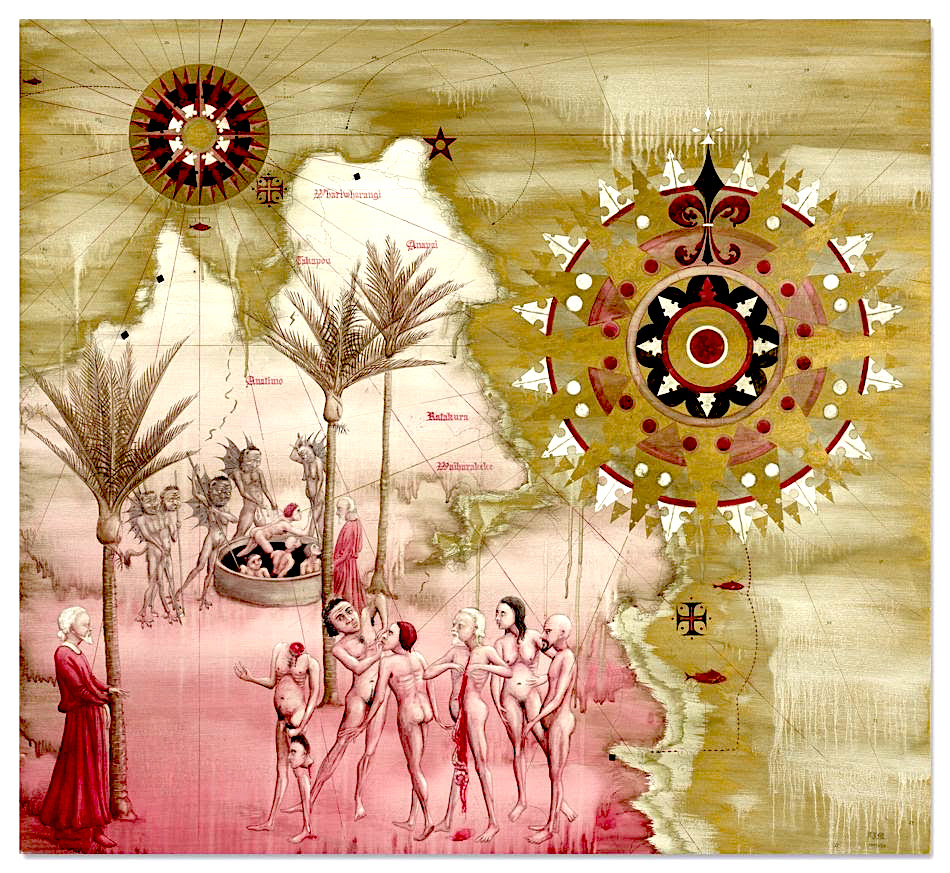 The scholarship on the matter is clear: Western countries have benefited inordinately from both colonialism and carbon fuel to attain their level of development. The data from the Global Carbon Project, which was headed by the U.S. Department of Energy’s now defunct Carbon Dioxide Information Analysis Center, shows that the United States has been far and away the largest producer of carbon dioxide emissions since 1750.

By itself, the United States has emitted more CO2 than the entire European Union, twice as much as China and eight times more than India. The main carbon emitters were all colonial powers, namely the U.S., Europe, Canada and Australia, which, despite consisting of roughly one 10th of the global population, have together accounted for more than half of cumulative global emissions.

From the 18th century on, these countries have not only dispensed the bulk of the carbon in the atmosphere, but they continue to exceed their share of the global carbon budget.

Carbon-fueled capitalism, enriched by the wealth stolen through colonialism, has enabled the countries of Europe and North America to enhance the well-being of their populations and attain their relatively advanced level of development. The extreme inequalities between the standard of living for the average European (748 million people) and the average Indian (1.4 billion people) is seven times greater than it was a century ago.

Though the reliance by China, India and other developing countries on carbon, particularly coal, has risen to a high level, their per-capita emissions continue to remain far below those of the United States, where per-capita emissions are close to twice that of China and eight times more than India’s.

The lack of acknowledgment of climate imperialism leads to a failure to properly resource the Green Climate Fund, which was created in 2010 at COP 16 with the aim of helping developing countries “leapfrog” carbon-fueled social development. 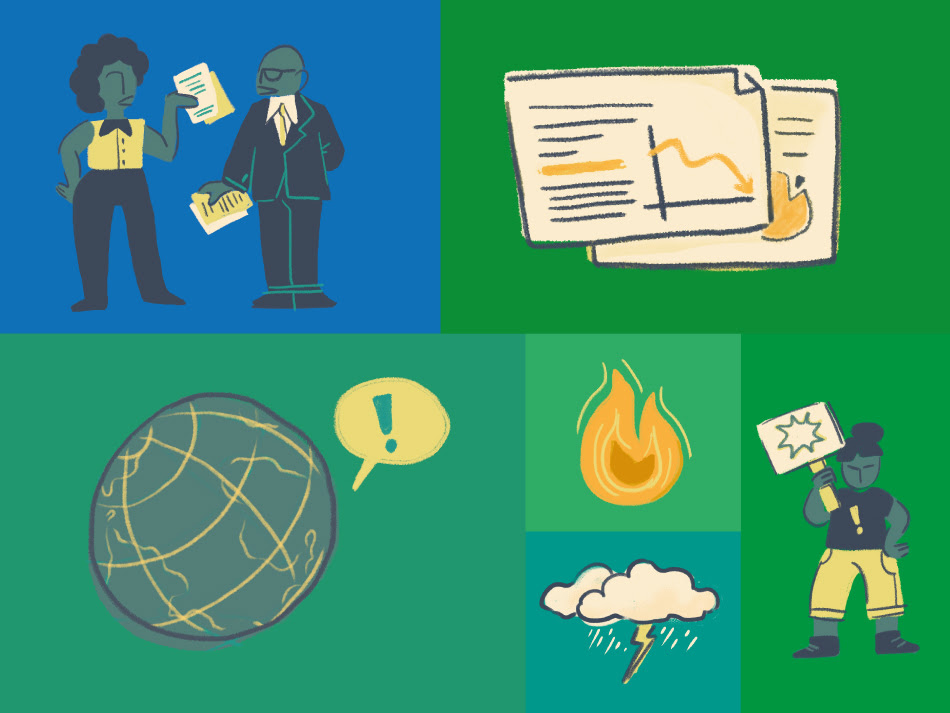 At the global level, debates on how to address the climate crisis frequently revolve around various forms of a Green New Deal (GND), such as the European Green Deal, the North American GND and the Global GND, which are promoted by nation states, international organisations and different sections of environmental movements.

In order to better understand and strengthen this discussion, the Tricontinental: Institute for Social Research office in Buenos Aires, Argentina, gathered leading eco-socialist scholars to reflect on the different GNDs and the possibilities to realise a genuine transformation to stave off the climate catastrophe.

That discussion – with José Seoane (Argentina), Thea Riofrancos (United States), and Sabrina Fernandes (Brazil) – is now available in notebook No. 3 (August 2022), “The Socioenvironmental Crisis in Times of the Pandemic: Discussing a Green New Deal.”

These three scholars argue that capitalism cannot solve the climate crisis since capitalism is the principal cause of the crisis.

One hundred of the world’s largest corporations are responsible for 71 percent of global industrial greenhouse gases (largely carbon dioxide and methane); these corporations, led by the carbon energy industry, are not prepared to accelerate the energy transition, despite the technological capacity to generate 18 times the global electricity demand by wind power alone.

Sustainability, a word that has been emptied of its content in much public discourse, is not profitable for these corporations. A social renewable energy project, for example, would not produce vast profits for the fossil fuel companies. Interest from certain capitalist firms in the GND is substantially motivated by their desire to secure public funds to engineer new private monopolies for the same capitalist class that owns those large corporations that pollute the world.

But, as Riofrancos explains in the notebook, ‘“Green capitalism” purports to mitigate the symptoms of capitalism — global warming, the mass extinction of species, the destruction of ecosystems — without transforming the model of accumulation and consumption that caused the climate crisis in the first place. It is a “techno-fix”: the fantasy of changing everything without changing anything. 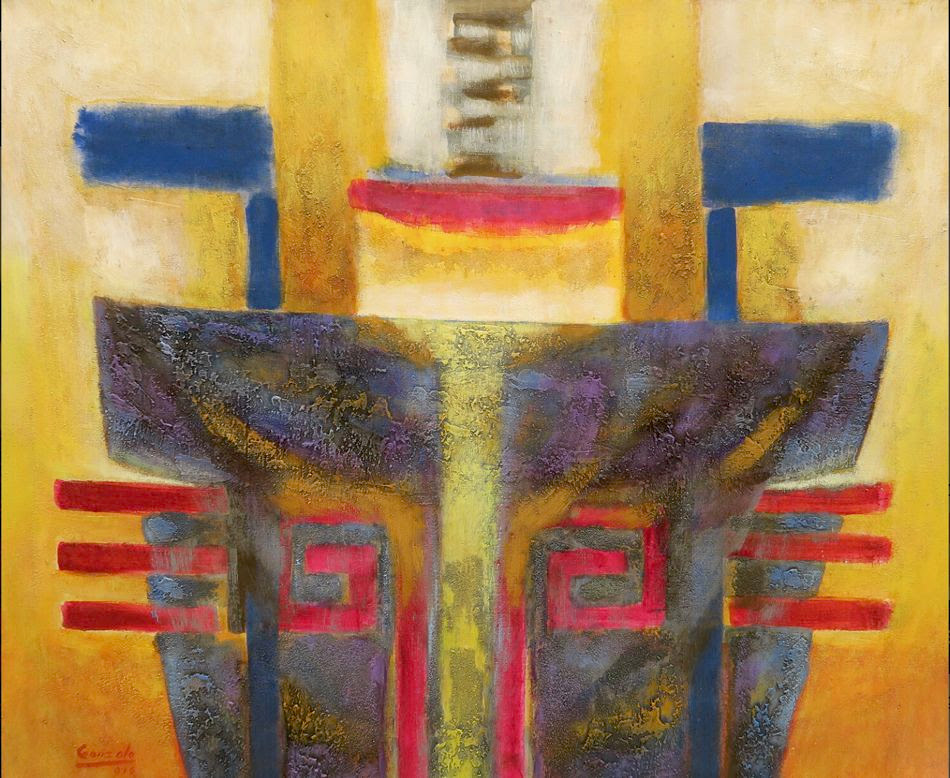 The mainstream discussion of GND emerges, as Seoane points out, from initiatives such as the 1989 Pearce report “Blueprint for a Green Economy,” which was prepared for the U.K. government and proposed the use of public funds to produce new technologies for private companies as a solution to the cascading crises in Western economies.

The concept of the “green economy” was not to green the economy, but to use the idea of environmentalism to revitalise capitalism.

In 2009, during the world financial crisis, Edward Barbier, a co-author of the Pearce Report, wrote a new report for the U.N. Environment Programme titled “Global Green New Deal,” which repackaged the “green economy” ideas as the “green new deal.” This new report once more argued for public funds to stabilise turbulence in the capitalist system.

At the heart of this approach, which grew out of the popular struggles in Latin America, are the concepts buen vivir and teko porã (“living well”). Rather than simply saving capitalism, which is the concern of the GND argument, the point of our notebook is to think about changing the way we organise society, in other words, to advance our thinking about building a new system.

We must change the system, as Fernandes argues, “but the political conditions today are not conducive to this. The right wing is strong in many countries, as is the denial of climate science.” Therefore, rapidly, the people’s movements must put a decarbonisation agenda on the table. Four goals lie before us:

Vijay Prashad is an Indian historian, editor and journalist. He is a writing fellow and chief correspondent at Globetrotter. He is an editor of LeftWord Books and the director of Tricontinental: Institute for Social Research. He is a senior non-resident fellow at Chongyang Institute for Financial Studies, Renmin University of China. He has written more than 20 books, including The Darker Nations and The Poorer Nations.  His latest books are Struggle Makes Us Human: Learning from Movements for Socialism and, with Noam Chomsky,  The Withdrawal: Iraq, Libya, Afghanistan, and the Fragility of US Power.

This article is from Tricontinental: Institute for Social Research.

The purpose of this essay is threefold: (1) to...
Read more
North America

The Empire on which the Black Sun Never Set: The Birth of International Fascism and Anglo-American Foreign Policy

How did fascism emerge as a 20th century phenomenon? In...
Read more