Ethiopia’s Tigray crisis: Debretsion Gebremichael, the man at the heart of the conflict 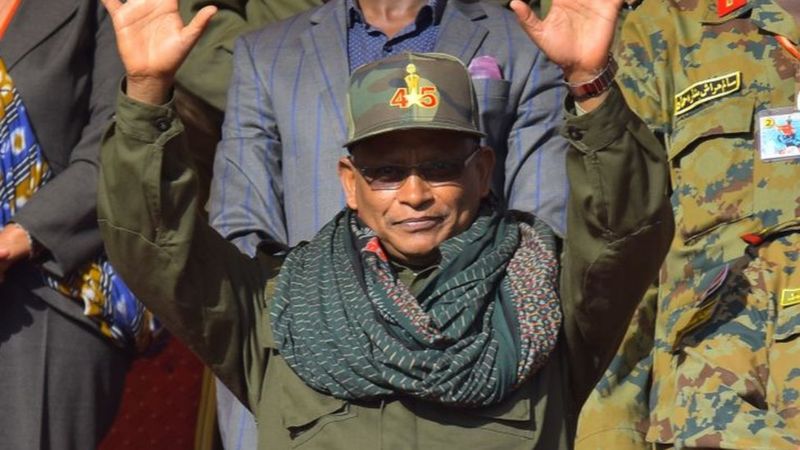 A former guerrilla fighter who used to jam the communication network of Ethiopian troops, Debretsion Gebremichael is now leading the fight against Prime Minister Abiy Ahmed’s government for control of the northern Tigray region, described as the “womb” of the nation.

Mr Debretsion leads the Tigray People’s Liberation Front (TPLF), the party which controls Tigray, and which has fallen out so dramatically with Mr Abiy.

Now married with a young child, Mr Debretsion cut short his studies at the University of Addis Ababa in the 1970s to join the TPLF in its 17-year war against Marxist ruler Mengistu Haile Mariam’s Derg regime.

He then went on to be a government minister after the Derg had been defeated and replaced by a coalition of parties dominated by the TPLF until Mr Abiy came to power in 2018.

His close friend and comrade Alemayehu Gezahegn said that after they had both completed their military training in the rugged and mountainous terrain of Tigray and, noting his comrade’s technical skills, he suggested to TPLF commanders that Mr Debretsion should be deployed to the “technical unit”. 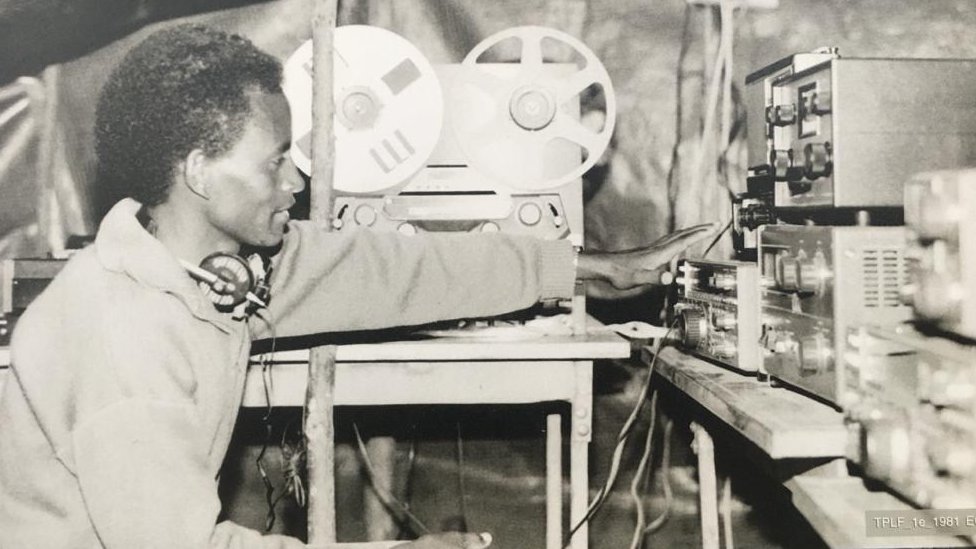 For Mr Alemayehu, this was the logical place for Mr Debretsion, as he was a bright, but reserved, “city boy” who grew up in Shire, which, in a major blow to the Tigray leader, is now under the control of federal troops.

‘Made lightbulb from scraps’

Coming from an Orthodox Christian family, the Tigray leader was named Debretsion, which means Mount Zion, while his second name is that of his father, Gebremichael, meaning Servant of Saint Michael.

“When he was in primary school, he used to collect old batteries, radios, electric equipment, and fix them. When no-one had electric power in our town, he made a lightbulb for himself from scraps,” Mr Alemayehu recalled.

Mr Debretsion excelled in the TPLF’s “technical unit”, playing a vital role in developing intelligence capabilities so that the TPLF could eavesdrop on the conversations of the Ethiopian army and jam their radio communications.

“This helped us to win because TPLF freedom fighters knew about enemy movements in advance, and, being jammed, they could not communicate with each other when they were attacked,” Mr Alemayehu said.

To further develop his skills, Mr Debretsion travelled to Italy on a false passport and returned to set up the TPLF’s first radio station – Dimtsi Weyane, meaning Voice of the Revolution.

‘Nearly slipped to his death’

Another TPLF guerrilla fighter, Measho Gebrekidan, recalled that they used to go to the mountains at night, when the chances of being spotted by government spies were slim, to install antennas. 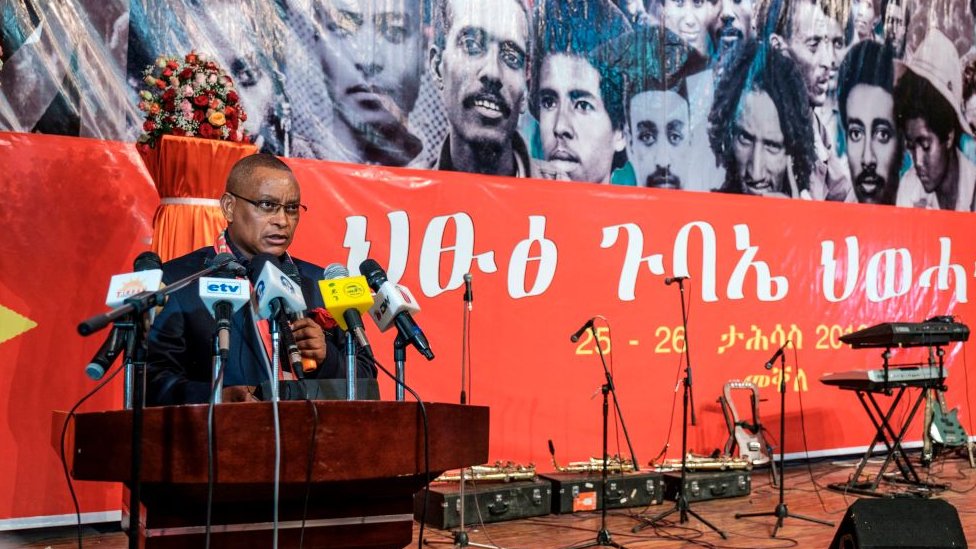 “One night, he slipped… and it was me and another comrade who saved his life. I always thought that if this had happened, would this radio have been created?” Mr Measho said.

Now Dimtsi Weyane is part of a multilingual and multiplatform media group based in Tigray’s capital, Mekelle, broadcasting TPLF statements about its military confrontation with the federal government.

The media station has broadcast fierce criticism of Mr Abiy, and as the conflict began its signal was jammed, but Dimtsi Weyane was back on air the next day.

“Tigray is a place where the history of our country is cooked, and it’s the region where foreign invaders [including Italians and Egyptians] had been defeated and embarrassed. In modern Ethiopia, it is the womb of Ethiopia,” Mr Abiy said in 2018. 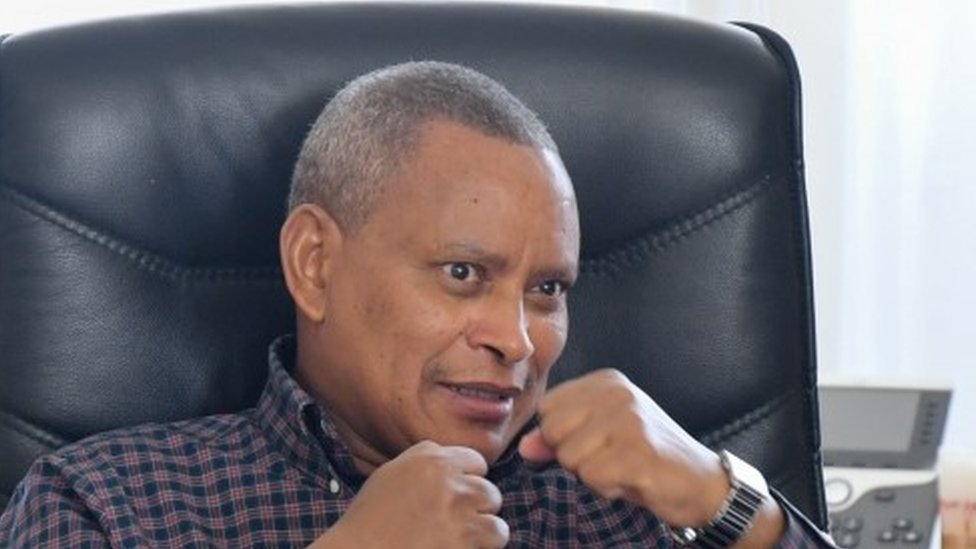 I told him Mr Abiy: ‘You are immature. You are not the right candidate'”

For his part, Mr Debretsion hailed the prime minister’s peace initiative with Eritrea’s President Isaias Afwerki to end the “no war-no peace” situation that had existed between the two countries since the end of their 1998-2000 border conflict.

“[Mr Abiy] travelled to Eritrea and met Isaias. This was impossible for many years. It’s a big deal because it is going to give a massive opportunity for the country,” Mr Debretsion said when the deal was agreed.

But this display of comradeship appears to have masked the tensions that were brewing between the two men.

Mr Debretsion had ambitions to be prime minister himself and lost out to Mr Abiy in the 2018 contest within the ruling coalition.

Sweden could not expect Turkey’s support for its Nato...
Read more
News of Africa

Eritrean forces have been leaving towns in the war-torn...
Read more