All three suspects have been found guilty on Wednesday. It is clear that racism infected every aspect of the case, writes Marjorie Cohn.

The testimony has concluded in the Georgia murder trial of the three white men who targeted Ahmaud Arbery because he was Black and then killed him. Evidence presented at trial transported us back to the days of the infamous slave patrols. Gregory McMichael, his son Travis, and William “Roddie” Bryan Jr. are on trial for killing Arbery on Feb. 23, 2020, during a purported “citizen’s arrest.”

Beginning in 1704, slave patrols empowered every white person to control the movements and activities of every Black person. Citizen’s arrest laws date to 13th century Europe and were later brought to the British North American colonies. In 1863, Georgia adopted a citizen’s arrest statute to replace the slave patrols with another avenue to vigilante “justice.” The law deputized any white Georgian to seize and detain any Black person on suspicion of being an escaped slave. 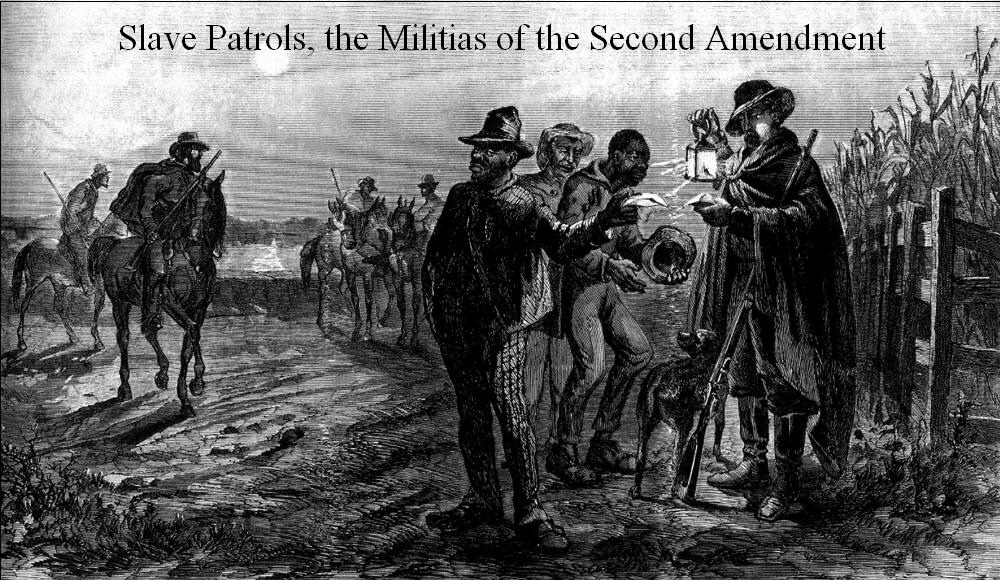 Georgia’s citizen’s arrest law that the defendants are relying on in this case stated that “a private person may arrest an offender if the offense is committed in his presence or within his immediate knowledge.” Although they never mentioned it to the police, the defendants are now seeking to use the citizen’s arrest law to shield them from responsibility for racially profiling Arbery.

“The birth of the Black Lives Matter Movement is a result of a botched attempt at a citizen’s arrest,” according to Laurence Ralph, director of the Center on Transnational Policing at Princeton University. In 2012, neighborhood watch captain George Zimmerman shot and killed 17-year-old Trayvon Martin and was acquitted of second-degree murder the following year.

In the present case, the defense is claiming that the three men suspected Arbery, who was unarmed and jogging, of committing recent burglaries in the neighborhood. The McMichaels, armed with a .357 Magnum handgun and a pump-action shotgun, began chasing Arbery, and their neighbor Bryan joined the pursuit in his truck.

In fact, only one burglary had been reported in the area — seven weeks before Arbery was killed — and the defendants had no evidence that Arbery had committed it.

Boxed in by Bryan’s truck, Arbery was shot by Travis three times at close range. Arbery “was trapped like a rat,” Gregory McMichael said. The shotgun blasts made a hole in Arbery’s chest, causing massive bleeding.

The McMichaels and Bryan are also claiming that they acted in self-defense. But they appear to have been the aggressors, which would negate their self-defense under Georgia law. Travis testified on cross-examination that Arbery was “just running” and didn’t verbally threaten him or draw a weapon before Travis shot him.

“Under color of law, Black people are targeted, surveilled, brutalized, maimed and killed by law enforcement officers with impunity,” the International Commission of Inquiry on Systemic Racist Police Violence Against People of African Descent in the United States wrote in its recent report. 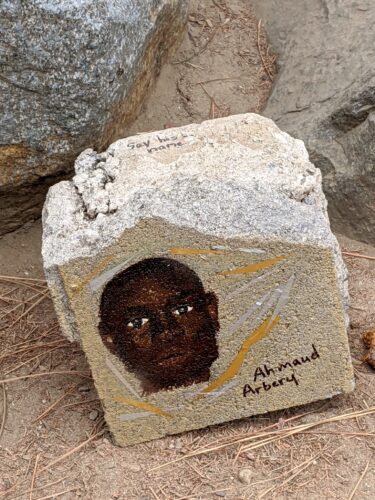 Indeed, Travis McMichael used the n-word after shooting Arbery and “numerous times” on social media and messaging services. Gregory McMichael also used a vulgar insult when referring to Arbery after his death.

Neither the McMichaels nor Bryan were arrested until a video of the shooting became public on May 5, 2020, causing national outrage.

The jury is composed of 11 white people and only one Black person, even though more than one-quarter of the residents of Glynn County are Black. Although Judge Timothy R. Walmsley said the defense challenges of Black people in the jury pool during jury selection had the appearance of “intentional discrimination,” he nevertheless seated the almost exclusively white jury.

Defense attorney Kevin Gough said that the Rev. Al Sharpton’s presence in the courtroom was “intimidating” the jurors, adding, “We don’t want any more Black pastors coming in here.” Gough mused about what would happen “if a bunch of folks came in here dressed like Colonel Sanders with white masks sitting in the back.” Judge Walmsley called Gough’s comments “reprehensible” and denied the defense motion for a mistrial.

Barber, another civil rights leader who attended the trial, said of the defense motion, “It says something that has been long part of the racist mind-set, that Blackness equals intimidation.” The Rev. Jesse L. Jackson was also at the trial. Calling the defense objection to his presence a “diversion,” Jackson drew a parallel between the Arbery case and the 1955 case of 14-year-old Emmett Till, who was murdered by white men in Mississippi. Arbery’s family called the killing of Ahmaud a “modern-day lynching.”

The three defendants are each facing nine charges in Georgia state court, including murder and aggravated assault. If convicted, they could be sentenced to life in prison without possibility of parole. The defense gave closing arguments Monday.

In late April 2021, a federal grand jury indicted Gregory McMichael, Travis McMichael and William Bryan Jr. for hate crimes and kidnapping charges. The Department of Justice said the three men had “used force and threats of force to intimidate and interfere with Arbery’s right to use a public street because of his race.” The federal trial is scheduled to begin in February 2022.

Marjorie Cohn is professor emerita at Thomas Jefferson School of Law, former president of the National Lawyers Guild, and a member of the bureau of the International Association of Democratic Lawyers and the advisory board of Veterans for Peace. Her books include Drones and Targeted Killing: Legal, Moral, and Geopolitical Issues.

This article is from Truthout and reprinted with permission.

Your 30-day free trial features all the benefits of...
Read more
North America

Explain It to Me, Please

If you want a war with Iran, Russia, China...
Read more
North America

The US-China rivalry in South Pacific just got more heated